<<   Back
World’s Most Expensive Mansions 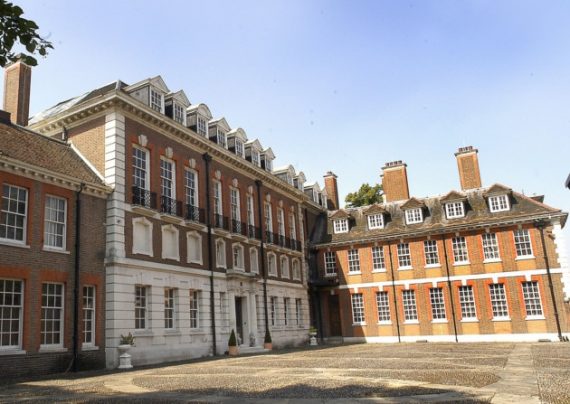 In the swanky Los Angeles neighborhood of Bel Air, a mansion is going up that could soon be the most expensive ever built in the United States.

When finished, it will consist of a 74,000-square-foot main house plus three smaller ones, for a total of more than 100,000 square feet, according to a recent Associated Press account. The master bedroom alone will reportedly take up some 5,000 square feet, making it larger than many four-bedroom homes. “The house will have almost every amenity available in the world,” the AP quoted its developer as writing in an e-mail. The asking price, he added, will be $500 million.

If the Bel Air manse sells for that amount, or anywhere close, it will join a rarefied list of homes worth $300 million or more. In recent years, a surprising number of properties have achieved values of $100 million to $200 million, but above that figure, the field narrows to just a precious handful. Here are five of them, in descending order of value.

Although it’s unlikely to come on the market anytime soon, the palatial residence of Great Britain’s Queen Elizabeth II is generally agreed to be the world’s most valuable residence, estimated by Money magazine (among others) to be worth some $1.55 billion. Part of that price tag may be due to the palace’s royal provenance and part to its location in London, a city whose land is among the world’s most expensive. But the building isn’t too shabby, either.

Buckingham Palace has 775 rooms, including 52 bedrooms for the royals and their guests, 188 bedrooms for staff, 78 bathrooms and 92 offices. That’s in addition to 19 staterooms—among them a state dining room, a music room and, an obvious necessity for any sitting monarch, a throne room. The ballroom is a more recent addition, built by Queen Victoria in time to celebrate the end of the Crimean War in 1856. The palace’s gardens cover some 40 acres.

The Queen doesn’t actually own the palace; it’s held in trust. Not to worry, though – Her Majesty is unlikely ever to be homeless. She owns a couple of other royal retreats, including the stately Balmoral Castle in Scotland.

Incidentally, the closest thing the United States has to a Buckingham Palace, the White House, is valued by the real-estate website Zillow at $425 million. (A fair rental price, it says, would be about $2 million a month.) Then again, it is a lot smaller, with a mere 132 rooms.

Probably the world’s priciest private residence, often valued at $1 billion, Antilia is a 400,000-square-foot 27-story mansion completed in 2010. In fact, calling it 27 stories hardly does it justice. At 570 feet in height, it is the equivalent of a 50- to 60-story building, with an offbeat shape that defies easy description. The New York Times characterized it as “a Blade Runner-meets-Babylon edifice.”

The towering mansion, apparently named after a mythical island in the Atlantic Ocean, is owned by Mukesh Ambani, chairman of Reliance Industries and reportedly the richest person in India. According to The Guardian, its amenities include three helipads, a 50-seat movie theater and six floors of parking space that can accommodate 168 cars. To maintain all that, Ambani employs a staff reported to number 600.

This French Riviera estate takes its name from King Leopold II of Belgium, who acquired the property in the late 1890s. Since then it has had a number of owners, served as a military hospital during the First World War, and appeared in the classic ballet film “The Red Shoes” and supposedly in Alfred Hitchcock’s “To Catch a Thief.” Today it is owned by Lily Safra, a philanthropist and the widow of the billionaire banker Edmond Safra.

The 29,000-square-foot main house reportedly has 11 bedrooms and 14 baths. There are also two guest houses, a pool, and some 20 acres of trees and gardens said to keep 50 gardeners busy fulltime. Its recent value has been estimated at $750 million.

Currently under renovation, Witanhurst will, when finished, become the second largest and second most valuable mansion in London, surpassed only by Buckingham Palace. Its interior space is expected to total some 90,000 square feet, bringing its value to an estimated $450 million.

Built in the early twentieth century by the heir to a soap fortune, the original house had 25 bedrooms. New owners have since added a second three-story villa and dug out some 40,000 square feet of basement, a space that The New Yorker recently said: “amounts to an underground village.”

Just who those new owners are has been something of a mystery. The New Yorker article, titled “House of Secrets: Who Owns London’s Most Expensive Mansion?” made the case that the owners were a publicity-shy Russian family who built its fortune in fertilizer.

The title for world’s most expensive apartment may soon belong to the penthouse atop the new Odeon Tower in Monaco. Bloomberg estimates its price tag, when it goes on sale this year, at about $400 million.

The five-story penthouse will have 35,500 square feet of interior space, including a master bedroom The Guardian describes as “the size of two and a half tennis courts.” Perhaps its most distinctive feature will be the open-air pool and curved, two-story waterslide notched into the building’s upper floors.