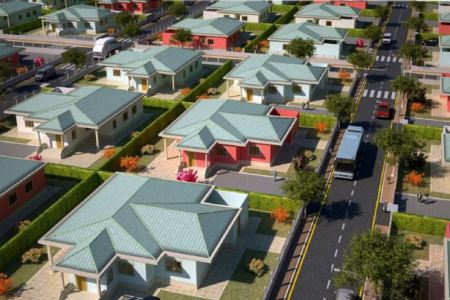 Once again, investors and the federal capital territory administration (FCTA) Abuja are back to the table following approval for resumption of the ambitious Land Swap Initiative by the federal executive council (FEC) early last week.

The Abuja Land Swap initiated by the Bala Mohammed administration was valued then at N1 trillion. It is the short form of the ‘FCT Land Infrastructure Swap Initiative’ designed to address the infrastructure deficit in the FCT.

In simple terms, the initiative means engaging the private sector to provide infrastructure in exchange for land. The aim, essentially, is to open up new districts in the FCT by constructing and completing access roads to those districts.

Apart from freeing government land for economic activities such as real estate and industrial development, the initiative also solves one of the major problems of urban or city development which is the provision of a good network of roads and associated infrastructure.

It is also an answer to real estate sector development in Nigeria where investors and property developers estimate the cost of infrastructure at 30 percent of total construction cost.

The implication is that the initiative will not only increase housing stock, but also reduce house price, and ultimately bridge the housing demand-supply gap in the country put variously at 17, 20 and 22 million units, depending on who one is speaking to.

It is expected that construction activities resulting from infrastructure development and housing delivery will have combined capacity to create, at least, 2,000 direct construction jobs on an ongoing basis. It is expected also that many of the workers, skilled and unskilled, will come from the catchment districts, thereby empowering the people economically.

As the federal capital city, Abuja, like Lagos, the country’s commercial nerve centre, is experiencing a high influx of people and this is already putting pressure on available facilities in the city. The urbanisation growth rate of Abuja is conservatively put at 30-40 percent per annum.

Similarly, the population of the FCT currently is estimated at 6 million whereas the Abuja Master Plan envisaged a population of about 2 million people for the Territory. This means that over 60 percent of the residents of the FCT have not been captured and catered for in the Abuja Plan Book.

This foreshadows a major problem to the FCTA administration but finds a solution in the Land Swap Initiative which now, more than ever before, is most welcome given dwindling oil revenue that leaves so little for the different tiers of governments to share.

The resumption of the initiative comes with some benefits. There is now a legal framework that protects the interests of all parties, including the investor, the FCT administration and the project (housing) off-takers. Before now, the investor, particularly, was exposed to high risk.

“After a review of what has transpired over the years, and changes made, the FEC approved that we now continue with the land swap initiative on the basis of amendments to the procedures as well as new safeguards introduced so that investors, the FCT, as well as off-takers, will be protected, Mohammed Bello, Federal Capital Territory (FCT) minister, explained recently.

In spite of this, the investors still have quite a lot to do in the deal. They are to provide all the infrastructure within a particular district and then they will be paid for that with land. They are given a certain percentage of the land developable within that district, while the FCT administration will take a certain percent too.

But the investors are the ones to resolve the issue of compensation and payments and relocation of people as the city grows. They are expected to create a special purpose vehicle. Through this, the size of the investment will be determined and, on the basis of this, the financial institutions will provide financial guarantees to the administration through performance bonds.

Bello explained further that the land that is going to be used as swapping for the investment will be held in custody by a designated financial institution, which will serve as the custodian.

“As milestones are being achieved, the land will be released to the investors which, obviously, they will sell and use the proceeds to pay for their investment. So, this is the whole concept,” he said.

Experts see this as a huge opportunity for real estate developers in particular and investors in general. “For a real estate developer, this initiative lowers his cost. Apart from freeing him from the bureaucratic challenges that impact negatively on both budget and time of delivery, he will save cost from land,” Kunle Ogunlewe, a property broker, noted.

Ogunlewe hopes to see, with the implementation of the initiative, a considerable reduction of the housing deficit in Abuja which, according to him, is already taking after Lagos in terms of the growing population of urban slums where many residents live in shanties in largely unplanned communities.