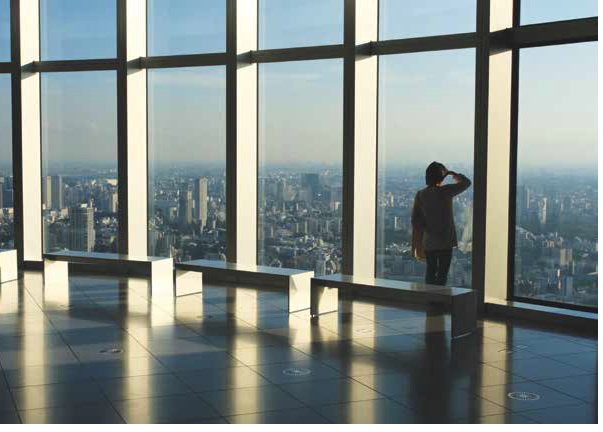 Demographic shifts will affect demand for real estate fundamentally. The burgeoning middle-class urban populations in Asia, Africa and South America will need far more housing. Meanwhile, the advanced economies’ ageing populations will demand specialist types of real estate, while their requirements for family homes will moderate. Although Africa’s population will still be growing fast in 2020, Europe’s population growth will be stalling. The middle classes are projected to grow by 180% between 2010 and 2040, with the highest proportion of middle-class people set to live in Asia rather than Europe as soon as 2015. And between 2010 and 2020, more than one billion additional middle-class consumers will emerge globally. Cities will attract the young middle classes, especially in emerging markets.

As intense competition for space increases urban density, apartments are likely to shrink. Developers will need to become more innovative about how they use space. The global population will age at an unprecedented pace. The number of people aged 60 or older will increase by 2.8% per annum from 2025 to 2030. As the world ages, the cost of retirement and healthcare will become critical issues, reaching crisis proportions in some countries, as opposed to the looming concern of today.

The speed of change over the next generation is alarming: the old-age dependency ratio for the world is forecast to reach 25.4% in 2050, up from 11.7% in 2010. The developing countries have the youngest populations, but they will also have the fastest pace of population ageing, giving them the least time to adapt in the years following 2020.

The advanced economies’ ageing population will limit house price rises. The Bank for International Settlements’ analysis of advanced economies estimates that the US will suffer pricing deflation averaging about 80 basis points per annum in real prices over the next 40 years, with the impact greater still in continental Europe and Japan.

Population growth and ageing will lead to several real estate sub-sectors emerging. While office, industrial, retail and residential will remain the main sectors, affordable housing, agriculture, healthcare and retirement will become significant sub-sectors in their own right. The larger global population’s greater food consumption will continue to increase interest in agricultural land, and the older population will need more nursing homes and retirement accommodation. So, shifting demographic trends are likely to create a huge need for new and different real estate by 2020 and beyond. Residential real estate will become more specialized, with local and cultural differences influencing exactly how this evolves. For example, city apartments for young professionals may be smaller, without kitchens or car parks; there’s likely to be a range of retirement accommodation for the elderly; and families in some emerging economies might well live in gated communities outside the city centres.