The importance of clusters and collaboration is paramount in the nurture of innovation and the advancement of industries that need to stay relevant in a climate of fierce competition.

Neil McLocklin, Head of EMEA Strategic Consulting at Knight Frank, outlines some of the most important knowledge clusters across Europe that are driving progress, creativity and ingenuity.

At the turn of the decade BT ran a marketing campaign ‘Geography is History’ driving the proposition that the internet enabled people to work from anywhere.

At the same time the telecoms industry was transformed by the ‘death of distance’ – call costs no longer being related to distance something that was almost unimaginable at the time by the incumbent operators. But since then the communication revolution has been far more revolutionary than anybody could have envisage at that time, with nearly free communications having profound effects on society and business.

It has turbo-charged globalisation as well as the mobility of work, at a macro level facilitating off-shoring and a micro-level the gig-economy and working from home. We are now all fixated with smart phones and our children are gaming with people from around the world rather than playing in the local park.

However despite ever faster connectivity and the cheaper cost of telecoms, the paradox is that we are not seeing the dispersal of population and economic growth more evenly distributed within economies as envisaged but the movement of population towards urban areas.

In parallel, as the pace of change in the world ever increases, companies recognise that they can no longer compete through their own innovation and must collaborate and partner with other businesses to survive.

This is driving the growing and ever increasing importance of clusters in many areas of business with people wanting to build relationships with customers, partners, academia and suppliers through personal face-to-face interaction, reinforced by digital media.

Across Europe within cities and campuses, we see these clusters developing and becoming increasingly important across different sectors and services.

“The death of distance has turbo-charged globalisation as well as the mobility of work, at a macro level facilitating off-shoring and a micro-level the gig-economy and working from home”
They become self-sustaining as the talent seeking to work in these areas are attracted to the university-focussed research and courses, and local support services in areas such as legal and accountancy start to specialise. The lure of location has become stronger than ever.

Dynamic clusters in EMEA
Clusters have since been defined by business strategy guru Michael Porter as “geographic concentrations of interconnected companies and institutions in a particular field”. Clusters are a complex, economically significant ecosystems in which people can meet, exchange ideas, develop innovations, and create businesses together.

Their origins are largely accidental, and they often evolve to fill market niches that are difficult for governments to anticipate. Typically, their strength lies in the physical co-location and interplay of talented individuals, nimble small businesses, heavyweight corporations, world-class academic centres, willing investors, appropriate infrastructure and supportive local and national government agencies.

Perhaps the most famous and certainly most successful in the world is Silicon Valley in California, which started off as a tech hardware focused cluster, with processing and semi-conductor companies like Intel driving innovation and enhanced computing capability in the 80s and 90s – and so hence the name ‘Silicon’. 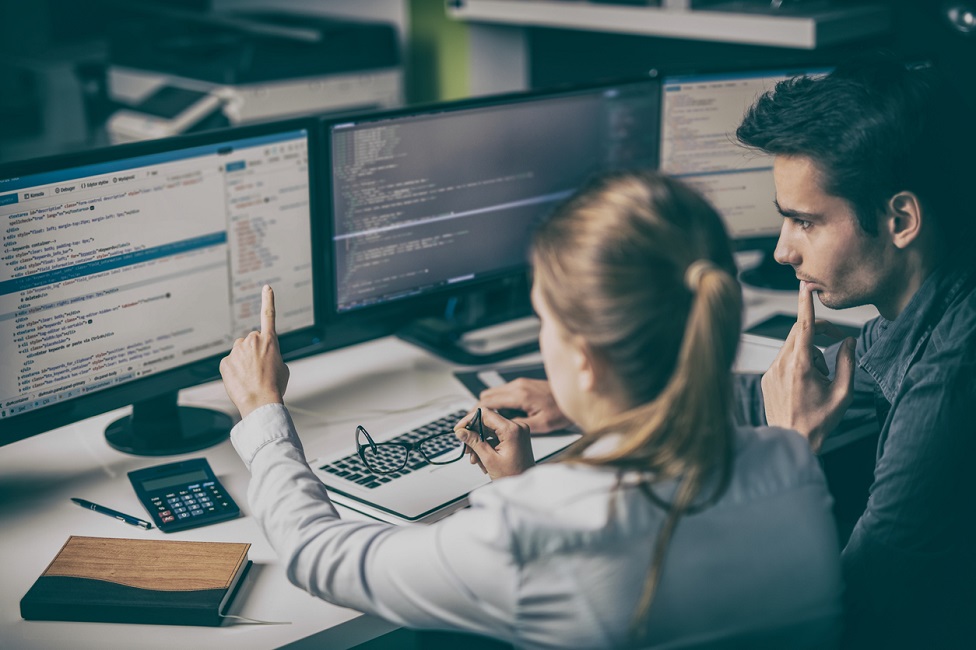 Whilst many of these companies still have a presence in the valley, their footprint and importance has been dwarfed by companies like Google, Apple, and Facebook, as well as thousands of start-ups all aiming to be the next big thing. This demonstrates the dynamic nature of clusters.

Clusters have long been part of the European industrial landscape. During the 19th century, Manchester was the epicentre of the international cotton and textile trade. By 1871, the city and its Lancashire satellite towns (that collectively became known as “Cottonopolis”) accounted for 32% of global cotton production.

Across Europe, and most notably in Germany, governments are trying to understand, promote and develop clusters. Set out below is just some examples of clusters that are world renown and focused on knowledge rather than factor endowed clusters (agriculture, food/drink, raw materials or natural beauty):

Bio and Life Science Clusters in UK (Cambridge, London and Oxford)
Germany (Leverkusen, Berlin and Bavaria)
France (Paris Saclay)
Netherlands (Leiden)
Switzerland (Basel)
The “golden triangle” of advanced life science research between Oxford, Cambridge and London is Europe’s strongest bioscience cluster and fourth in the world. At its heart is ‘Med City’, a development focused on this knowledge base, and the Francis Crick Institute in London, a £1b research institute in partnership with Cancer Research UK, Imperial College London, King’s College London, the Medical Research Council, University College London and the Wellcome Trust.

Basel is the home of both Novartis (a 10,000 person campus) and Roche (a 7,000 person Campus) as well as Basilea Pharmaceutica and Actelion. Given the entire population of the City is 165,000, this demonstrates the strength and concentration of the cluster.

In Germany, 32 Bio-Clusters have been identified by the government and are being promoted, employing 39,000 people. In Life Sciences the Berlin-Brandenburg area, Bavaria and Leverkusen have significant critical mass. The Lloyds Insurance Triangle in EC3 in London
Beginning life as a coffee house in 1688, Lloyds of London has been the catalyst for one of the most successful and longest established clusters in the UK.

Lloyd’s has several advantages on which it can capitalise: plentiful funding from corporate investors, a global outlook and a world-famous brand, which has prompted the clustering of numerous other insurance providers in the near EC3 postcode.

The Triangle, with Lloyds at its heart, was the only place underwriters and brokers could operate, as they needed to be in walking distance from the market. Companies have now been forced to office developments just outside the Triangle as the market has continued to grow, and despite electronic broking as well as ‘broker lounges’ enabling business to be transacted in multiple environments, the power of the cluster is as strong as ever.

The French perfume and cosmetics industry Dubbed ‘Cosmetic Valley’
To the southwest of Paris lies a cosmetic science of beauty and well-being business cluster. In the region of Chartres lies this technopole; one of the most important French business clusters specialising in the production of consumer goods in the perfume and cosmetics industries. The cluster began life in 1994 as a product of the initiative of Jean-Paul Guerlain and now houses approximately 800 companies, seven universities and 80,000 jobs.

The haute couture and fashion clusters in Paris, Milan and increasingly London
The concept of Haute Couture (‘high sewing’, ‘high dressmaking’ or ‘high fashion’) was invented in Paris. Though it originally referred to work created by Charles Frederick Worth, an Englishman living in Paris, the term has since become a ‘protected name’ in France, meaning that it can only be used by companies that meet certain well-regulated standards.

This history of fashion cements Paris’ position as a global leader in the field, though cities such as Milan and London are also strong. Milan was referred by Leonardo da Vinci as the “Capital of Fashion Capitals” and is today renowned for its role within the pret-a-porter category of fashion.

London’s fashion influence dates all the way back to the Elizabethan era but the city’s style has come a long way since the 16th century. This creative and trendsetting industry supports nearly 800,000 jobs in the UK. Motor Engineering and Design
Germany is the powerhouse of motor manufacturing with over 750,000 people employed in the industry, although countries like the Czech Republix and Slovakia are taking on much of the assembly. When it comes to design and engineering, the German industry clusters in Bavaria (Audi and BMW) and Baden-Wurttemberg (Mercedes and Porsche).

Elsewhere, in the UK, the Midlands with JLR’s innovation and the Motorsport Cluster (FI Cluster), and the Basque region of Spain. The French car industry is far more dispersed but the government and industry is identifying centres of excellence around Advanced Research Environments in areas such as micro-electronics and nano technologies and security.

Banking and financial services
Clusters in London, Edinburgh, Zurich, Frankfurt and Paris London have been leading international financial hubs since the 19th century and now employ 400,000 in this sector. Benefiting from its position between the Asia and US time zones, London continues to maintain the largest trade surplus in financial services around the world.

The threat of Brexit on the London cluster, driven by EU Regulatory pressure, is strongly resisted by the sector that recognises the value of the cluster and the diseconomies associated with dispersal to much smaller locations. For example, in the smaller markets there simply are not the quantity of trained staff, resulting in salaries in some cases being higher than London.

Oil & gas
Aberdeen in Scotland and Stavanger in Norway: A cluster which includes a wide range of services related to oil & gas extraction and the production supply chain. In the UK alone the oil & gas industry is a £35 billion industry. The supply chain supports some 450,000 jobs.

Tech clusters
Clusters include Eindhoven, London, Berlin, Munich, Dublin and Paris-Saclay. Within these clusters are sector focus clusters most notably within London’s Shoreditch and the famous Silicon roundabout largely focused on FinTech.

Aerospace
In France there is a significant aeronautics, space and embedded systems innovation cluster focused in and around Toulouse employing about 124,000 people.

Business process outsourcing functions
Warsaw and Krakow in Poland, Prague in Czech, Budapest in Hungary, and Bucharest in Romania.

Media & creative industries
London, Media City Salford, Paris, Lyon and Berlin. The relocation of the BBC in 2011 led to the creation of the first ‘Media City’ in the UK with the creative, digital and new media sector now the fastest growing sector in Salford. Granada and many small scale production companies have migrated to this cluster.

How can operating within a cluster benefit your business?

Neil McLocklin heads up Knight Frank’s EMEA Strategic Consulting line with over 20 years’ experience leading strategic consultancy practices across Europe and working for a multitude of corporates as well as the public sector clients.

Knight Frank’s EMEA Strategic Consulting team works with large and small business helping them to align property to business goals and objectives and, in turn, making them more competitive and fast moving.