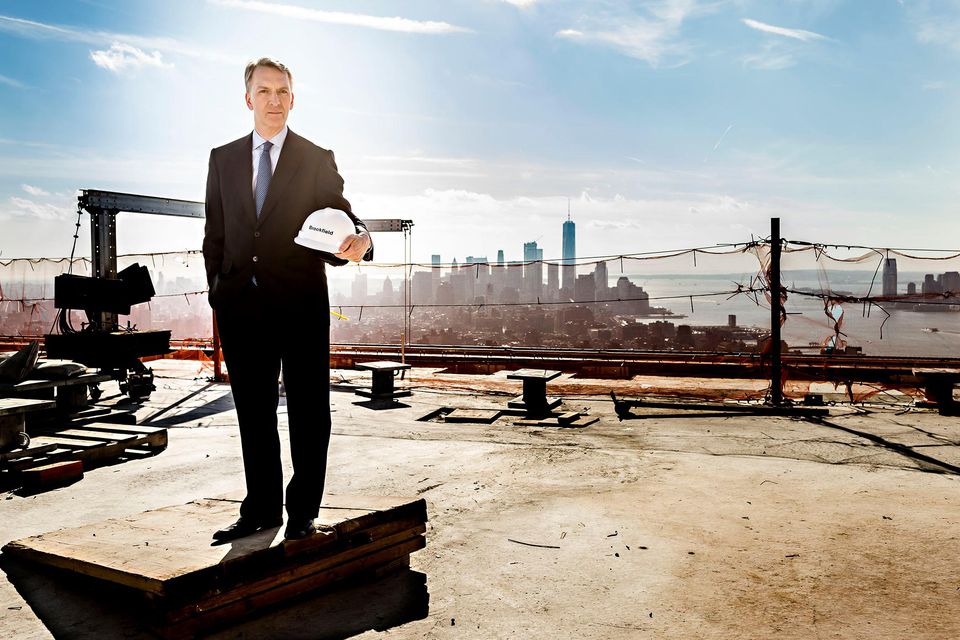 Unless you’ve visited Lower Manhattan in the past few years and strolled through its namesake shopping center, there’s a decent chance you’ve never heard of Brookfield Asset Management.

Its low profile, however, hasn’t stopped the Canadian firm from amassing some 400 million square feet of commercial space or from outperforming other global real estate investment firms on nearly every financial metric that counts. Among publicly held real estate owners it has, for the past year, the largest assets ($196 billion), highest revenues ($47.6 billion), third highest profits ($2.3 billion) and third highest market cap ($38.9 billion).

These results make Brookfield not only the biggest real estate investment company on the planet, but also the top ranked of just three Canadian companies on the 2018 Forbes Global 2000 list.

The Global 2000 is our annual ranking of the world’s largest and most powerful public companies and is based on four equally-weighted metrics: revenue, profit, assets and market value. The 2018 list includes companies from 60 countries. In the last 12-months, these companies together produced $39.1 trillion in sales and $3.2 trillion in profit. They have total assets worth $189 trillion and a combined market value of $56.8 trillion. (Here’s how we crunched the numbers.)

Real estate investors, of course, are judged on not just how much they earn, but also the scope and quality of the properties they own. From offices in South Korea to student housing in London, Brookfield owns a lot. As Antoine Gara explained in a Forbes cover story on CEO Bruce Flatt last year:

Brookfield quietly owns entire city skylines in places like Toronto and Sydney. It’s the biggest office landlord in London and downtown Los Angeles. In Berlin it owns Potsdamer Platz and, in London, Canary Wharf, two of the biggest real estate developments in Europe. It has 14,200 hotel rooms, including Atlantis in the Bahamas and the Diplomat in Florida, and scores of shopping malls courtesy of divisions like Rouse Properties and General Growth, and several high-end Brazil shopping centers.”

In all, 38 real estate investors made the Global 2000 list this year—not including firms such as Blackstone, the private equity giant that has a massive property portfolio but also invests in many other asset types. These companies include diversified players like Brookfield (which in addition to a range of real estate assets invests in infrastructure and renewable energy), as well more specialized owners such as cell tower giant American Tower Corporation, Mall owner Simon Property Group and warehouse king Prologis.

Twenty-three of the 38 largest real estate companies in the world hail from the U.S., including four of the top five. Five of the remaining companies come from Australia, with France and the United Kingdom, making up most of the rest of the list.

*Brookfield’s commercial real estate division has agreed to acquire GGP, the deal is expected to close later this year.