From Cape Horn all the way to the Arctic Circle, the world’s largest countries provide a beautiful snapshot of the variety of geography, climate and wildlife on the planet. Collectively, the world’s largest countries contain rainforest and tundra, mountains and valleys, coastline and desert.
As this we explore the largest nations, we visit five different continents, some of the world’s most spectacular geography, and every type of climate imaginable.

Excitingly, it’s always changing, too: history has taught that geopolitical boundaries shift dramatically as centuries pass. In the next decades, who’s to say which countries will become the world’s largest?

When 11.5 percent of all the land in the entire world is claimed by just one country, it’s not surprising to learn that the tenth largest country (Algeria) could fit into the largest (Russia) seven times over. When all 10 of the world’s largest countries are taken together, they total 49% of the earth’s entire 149 million square kilometres of land. 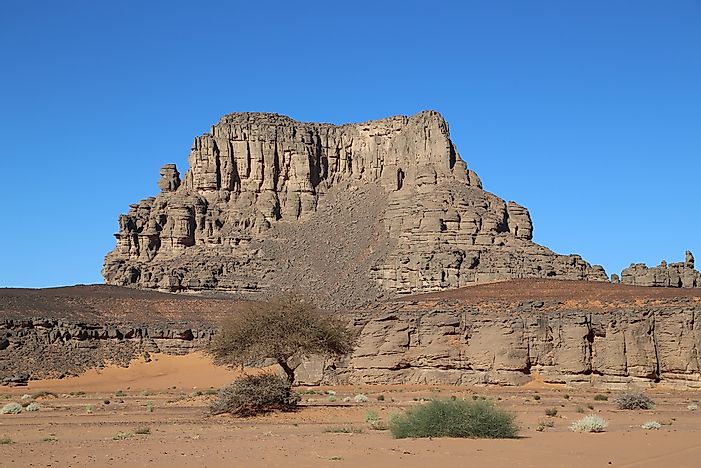 The Algerian Sahara, the largest expanse of Saharan desert.

Algeria, at 2.38 million square kilometers, is the tenth-largest country in the world by area and the only African country in the top 10.
Situated in Northern Africa, Algeria has a Mediterranean coastline 998 km long. 90 percent of the country is desert, and much of its desert regions are highly elevated. The Tell Atlas mountain range runs along the country’s northern border, while the interior, much of it hundreds of meters above sea level, contains the Algerian portion of the Sahara desert. The massive Algerian Sahara extends all the way to the south of the country past its borders with Niger and Mali. 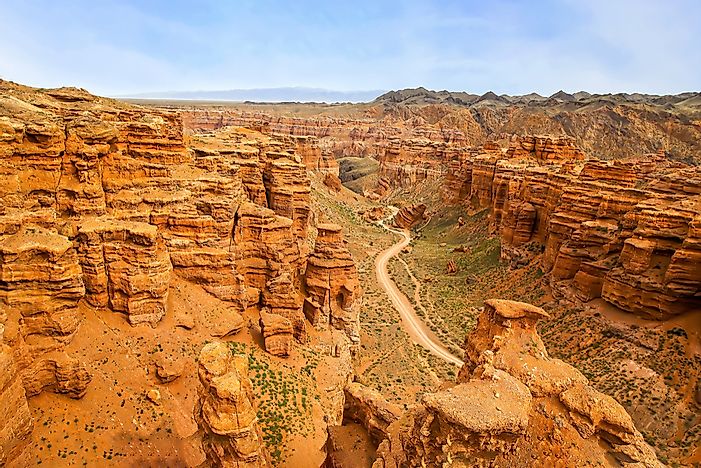 Kazakhstan’s 2.72 million square kilometers stretch over vast plains and highlands. A cool and dry, but not quite desert-like, climate prevails for most of the year. Kazakhstanis experience a great range of temperatures throughout the year, though it doesn’t get as cold in Kazakhstan as it does in parts of its northern neighbor, Russia. 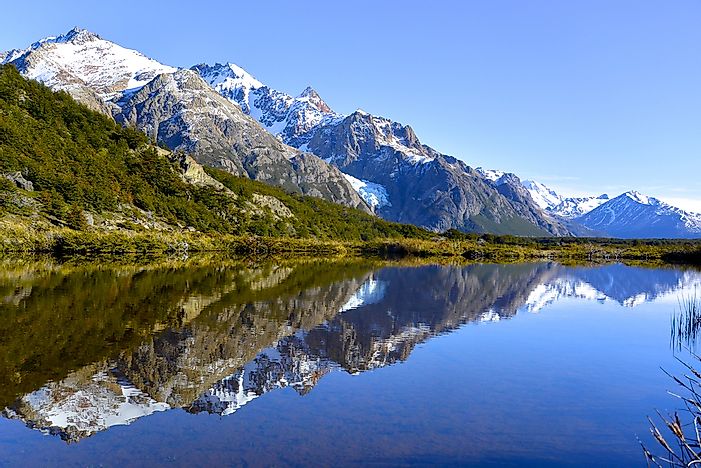 Argentina, the world’s 32nd most populous country, is the world’s eighth largest, and the largest Spanish-speaking nation in the world by area. Its 2.78 million square kilometers include some of the most varied geography and climate in the world.

Swampy, tropical conditions in the very north give way to freezing glacial regions in the south. Patagonia, one of the most spectacular and dangerous places on the planet, stretches from the southern Andes in the west to the Atlantic Ocean in the east. The southern tip of Argentina, known as Cape Horn, is one of the stormiest locations on the globe. 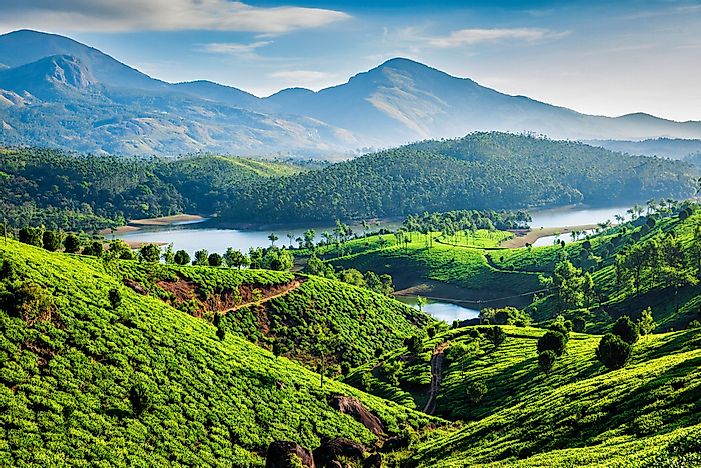 India is the second largest nation in terms of population, and seventh largest in terms of area

India’s boundaries have changed quite a few times over the past century, and even still, India claims that the northern region of Kashmir (an area disputed with Pakistan) belongs under Indian control completely. As it stands, without Kashmir, India’s territory stretches for 3.29 million square kilometers.
China, Pakistan, Bangladesh and Nepal each share a border with India, and its geography ranges from the majestic Himalayan Mountains to the tropical shores of the southern peninsula. Geologically, India is found on it’s own subcontinent, and geological studies show that this whole nation and it’s close neighbours were at one time separated from Asia by a sea. 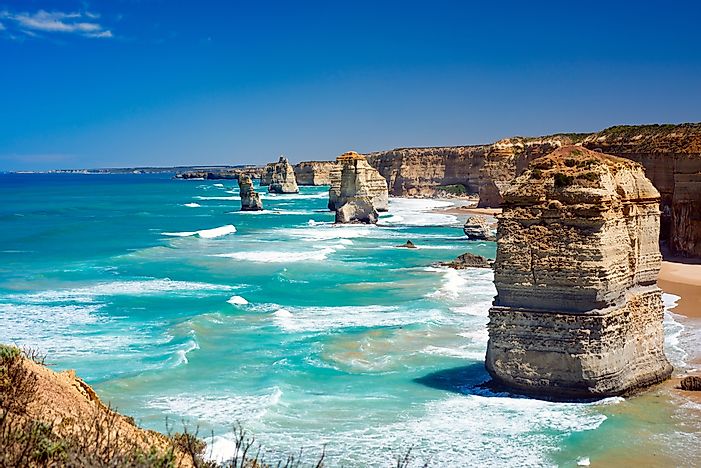 It’s the largest country in Oceania by far. Technically it is so large that it doesn’t even qualify as an island, it is a continental landmass.

The vast majority of its population live in coastal cities like Sydney in the east and Perth in the west, and with good reason: the Australian Outback is one of the world’s driest and hottest regions. Along with extreme climate and geography, Australia is known for its spectacular—and often deadly—wildlife. 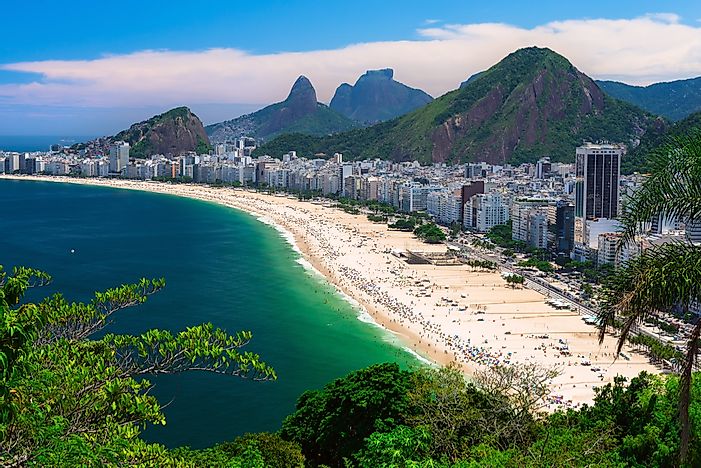 Copacabana beach, Rio de Janeiro, Brazil
The largest country in South America at over 8.51 million square kilometers, Brazil plays home to much of the world’s largest rainforest, the Amazon. The Amazon is so dense and vast that explorers and scientists have found human civilizations that had never made contact with the outside world.

Brazil also has a lengthy Atlantic coastline on the eastern side, which stretches approximately 8,000 km. Most of its major cities, including Rio de Janeiro and São Paulo exist near the coastline. 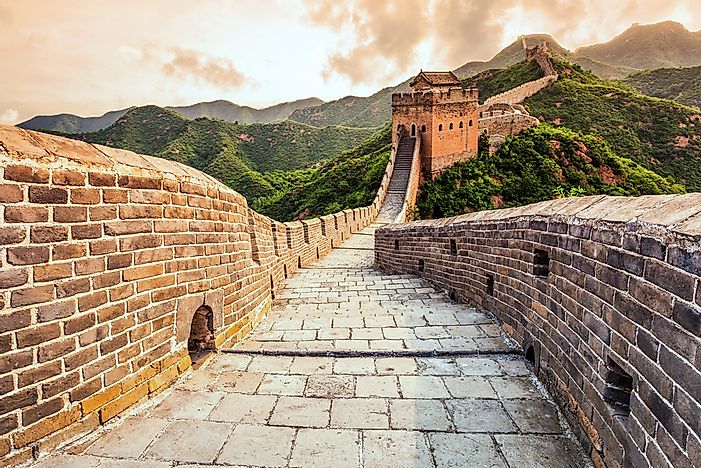 The Great Wall of China stretches along a long stretch of the northern border of China.

China, the United States of America, and Canada each occupy just under seven percent of the globe’s surface. Of these three, China is the smallest—just barely—at approximately 9.6 million square kilometers. It shares a border with 14 different countries, including Afghanistan to the east, Russia to the north, and Vietnam to the south. It is the largest country entirely in Asia.

Its climate and its people vary dramatically. In the north, temperatures drop to subarctic levels, the center of the nation holds the Gobi, the world’s 4th largest desert, and in the south temperatures reach tropical levels regularly. With over 1.35 billion citizens, China is home to 56 recognized ethnic groups, has the world’s 18th largest Muslim population, the 19th largest Christian population, and with 1.9 doctors per 1000 people, China has more doctors than the entire population of Qatar. 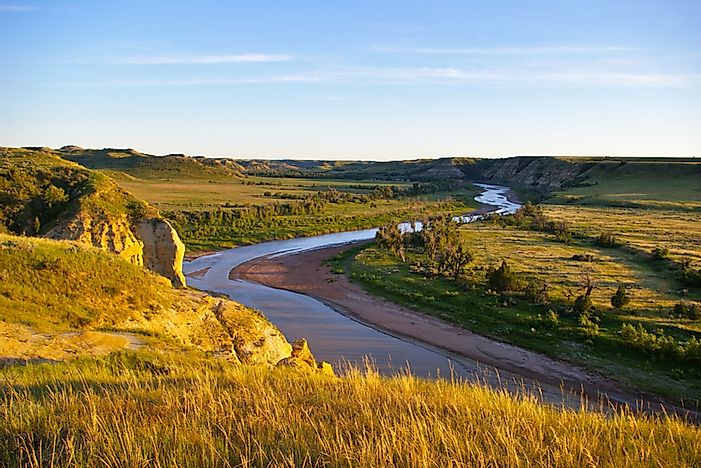 The United States, just bigger than China but slightly smaller than Canada, occupies 9.63 million square kilometers. Bordered by Mexico to the south, and Canada to the north, the United States is home to a diverse array of geography and wildlife.

Two North-South features split the nation into three distinct pieces. West of the Rocky Mountains, the Pacific states are known for year round temperate weather and long expanses of beach along the California coast. Sandwiched between the Rockies and the Mississippi River, the great plains stretch from Canada to Mexico, giving the United States one of the world’s most fertile growing areas. Lastly, the third of the nation east of the Mississippi is the industrial and economic hub of America, with major cities spread all along the Eastern seaboard. 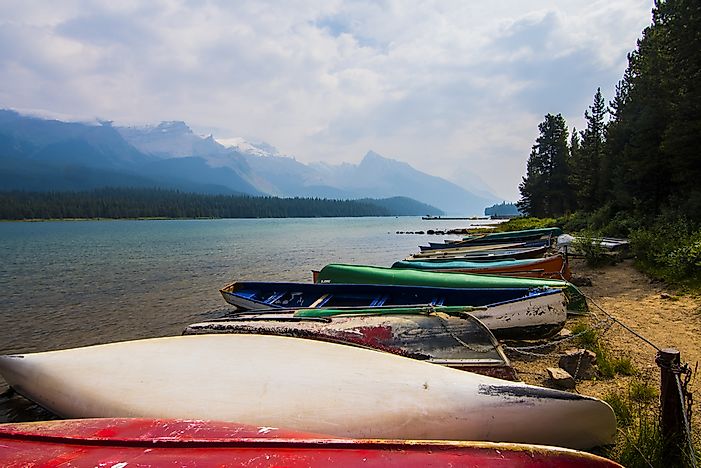 The vast wilderness of Canada is popular for outdoor activity.

Canada’s 9.984 million square kilometers make it the largest country in the western hemisphere, and its 202,080 kilometer coastline means that it has a longer shoreline than any other nation. With a population density of 4 people per square kilometer, this means that each of Canada’s 35 million people could have 61 acres for themselves.

Positioned between the Arctic and the United States, Canada’s massive frozen tundra extends into the Arctic Circle. Split similar to the USA; in the western half of the country, the Rocky Mountains run north to south, and prairies provide huge grain and canola growing areas. Eastern Canada is the traditional heart of the nation, with Toronto, Montreal, and the national capital of Ottawa, all located in the East. 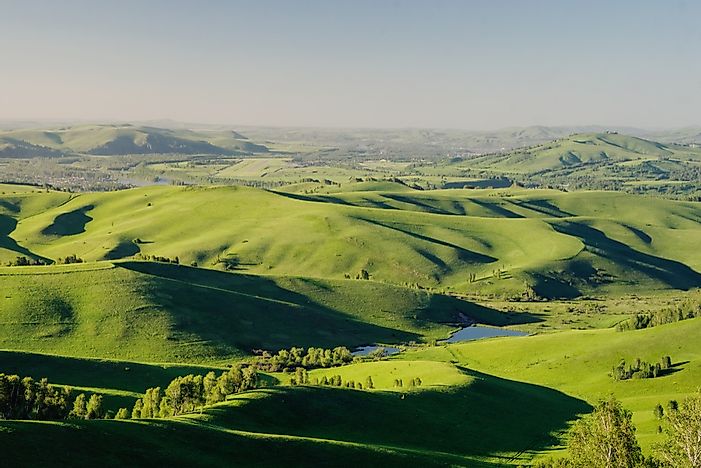 The landscape of Siberia, Russia.

Like China, Russia borders 14 different countries. Unlike China, none of Russia is tropical, though humid summers prevail in much of southern Russia. The Taiga, the world’s largest terrestrial biome, extends all the way from Eastern Canada throughout the vast majority of northern Russia. Massive oil reserves exist underneath Russia’s frozen forests and tundra; however, due to the expense and difficulty of extracting it, much of Russia’s oil wealth remains untapped.

Fun fact: #Did you know that the oldest wooden building is located in Japan? »