<<   Back
The 3 key trends in the global prime residential market 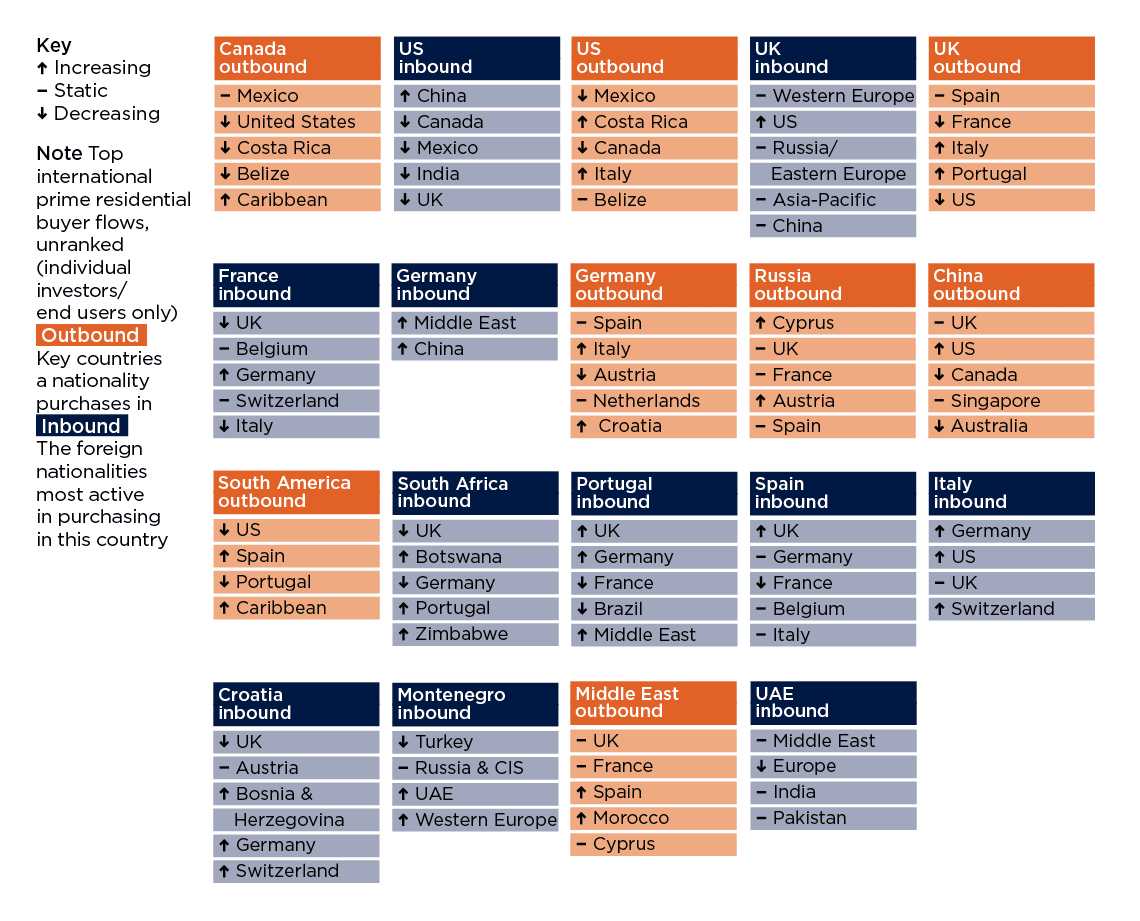 While mainstream residential markets are driven by domestic buyers, prime property is affected by the world’s high-net-worth individuals, who relocate and buy additional homes for business and leisure. London, New York, Hong Kong and Singapore remain among the most globally invested cities, but buyer demand is diversifying. Here are three key trends.

1. Iberia is back in vogue
A recovering housing market has put Spain back on the map for a broad range of international buyers. Once dominated by the British, other Northern Europeans are now active – Germans and Scandinavians particularly so. Madrid and Barcelona have global appeal, with demand from Russia and the Middle East, and there is rising activity from Spanish-speaking South Americans. In Portugal, international buyers have transformed the Lisbon market, attracted to its historic centre. Many entrants – particularly those from Brazil, South Africa, Russia and Turkey – took advantage of Portugal’s golden visa programme. Other EU citizens, notably the French, are attracted by its non-habitual residency scheme.

2. International activity declines in the US
Overseas buyers accounted for 8% of all home sales in the US in the 12 months to March 2018, with total activity down 6% from a 2017 peak. For the sixth consecutive year, the Chinese were the top purchasers – they spent $30.4 billion in 2018 – and still account for 15% of overseas buyers, despite tighter regulations on outbound capital from China. They are most active in California, where they compete against other international buyers from South Korea and Singapore, particularly in Los Angeles. In New York, the international base is broader, and also includes purchasers from Europe, Russia, the Middle East and South America.

3. The Chinese spread their wings
The Chinese are rapidly maturing as residential investors and are more diverse in their buying activity than ever. Heavily investment driven, education is also a key determinant. The UK and US, home to the world’s best universities, are the top destinations for this reason. Premier world cities have long been the first choice for Chinese buyers, led by London, New York, Hong Kong, Singapore, Los Angeles and San Francisco. Historically, Australian and Canadian cities were also important, but international demand has softened following increased restrictions in these markets. As the demand base has deepened, Berlin and Frankfurt are on the radar, with investors attracted by lower entry points and secure income streams.