<<   Back
Tech companies look to Asia for data center needs 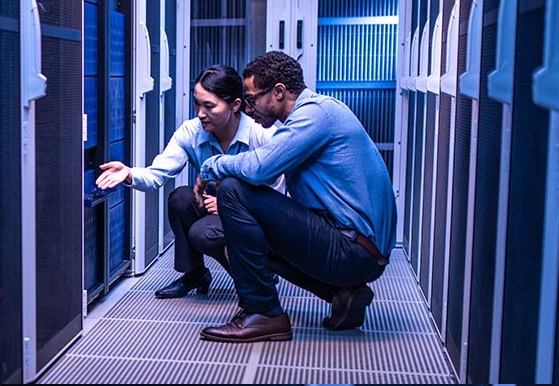 Amid rising demand for data, U.S. tech giants can find scaling up a challenge

The pandemic ushered in digital transformations that were expected to take years, underscoring the need for more data centers.

To meet rising demand, some of the world’s biggest tech firms and other data center providers are turning to Asia, where data centers can support rising internet usage globally, as well as increase download speeds for a rapidly expanding number of users in the region.

The market for hosting, storage and cloud computing in Asia Pacific is expected to grow by more than 150 percent by the end of 2021 when compared to 2019 levels.

“Overall, the market in Asia Pacific is incredibly hot,” says Ralph Davidson, Executive Director, Head of Regional Industries, APAC, JLL. “A tech company engaged our site selection services on Tuesday and by Friday we were scoping out eight different sites around the region.”

For example, three U.S.-based tech giants were recently granted conditional approval to build and manage hyperscale data centers (HDCs) and cloud services in Malaysia. China, India and Indonesia are likely to lead the regional growth story, according to JLL research.

HDCs are of particular interest. They’re the giants of the data center world, either owned or leased by a single company, large in size, or both. More than 100 were built in 2020, taking the total global number to almost 600, according to a report from Synergy Research Group. Capital expenditure on data centers by the world’s 20 largest tech companies from January 2020 to September 2020 totaled US$99 billion, a 16 percent increase from the same period in 2019.

U.S. data center providers are responsible for 40 percent of the world’s HDCs. And many are choosing to build their own HDCs in Asia Pacific, while others co-locate in speculative developments. The U.S.-based data center developer Equinix Inc. announced in April a joint venture to build data centers in Japan, to beoccupied by tech companies or other cloud providers.

There is a lack of land in premier data center markets like Singapore. Companies have to build up, instead of out.

“The primary standards are still coming out of America, where you have these sprawling, horizontal buildings across the plains of Texas, which is similar to the western approach in Europe,” Kortendick says. “Companies expanding into Asia Pacific often need to be advised on how to build vertically and adjust to local regulations.”

In Asia Pacific, data centers often need to be built in well-developed locations, such as within city industrial parks, Davidson says. Buildings cannot usually be set back away from site boundaries to the same extent they are in western locations.

“It’s not uncommon for a data center building in a market like Singapore to be as close as 15-20 meters from site perimeter,” he says. “The increased density requires different security measures.”

When companies enter the market with a design in mind that is more typical to the U.S. or Europe, the materials and construction methodologies often don’t align to markets in Asia Pacific, Davidson says.

“While 90 percent of the design can be standardized, the last 10 percent is key, and needs to align to the local market with a delivery and procurement strategy to ensure project objectives are achieved,” he says. “It’s better if the design is developed based on market conditions and available materials.”

Some markets in the region are so busy that pre-fabrication centers and steel mills have up to a year wait time, which creates challenges if not factored in during planning stages.
Tech companies with carbon neutral goals sometimes find their operations in Asia Pacific to be the weakest link in the chain, Davidson says. Key markets in the region, such as Singapore, Indonesia, and India, are tropical environments near the equator, where there are limited seasonal changes and generally hot temperatures. This limits the ability to use free cooling.

“Green power and sustainable solutions are limited in mature markets,” Davidson says. “Governments are playing catch-up. Many markets have an overly conservative building code, which limits the opportunity to integrate more sustainable solutions. The same applies to local market expertise in operations and training of staff, which is why we prioritize our facilities management services in the region.”

A top consideration for companies expanding into the region is power sources, which differ in reliability from region to region. This focus, as well as speed to market, is different than it is in the U.S., “where it is all about inexpensive power and total cost of ownership,” Kortendick says.

Because demand is high and financing is low interest, companies prioritize looking more for stable power in a stable location over cheap power, Davidson says. This is part of the reason why Japan is becoming a data center hotspot.

“Japan is one of the most expensive markets but it’s a key data center market from the fact it’s a stable country with good connectivity in a good geographical location,” he says.