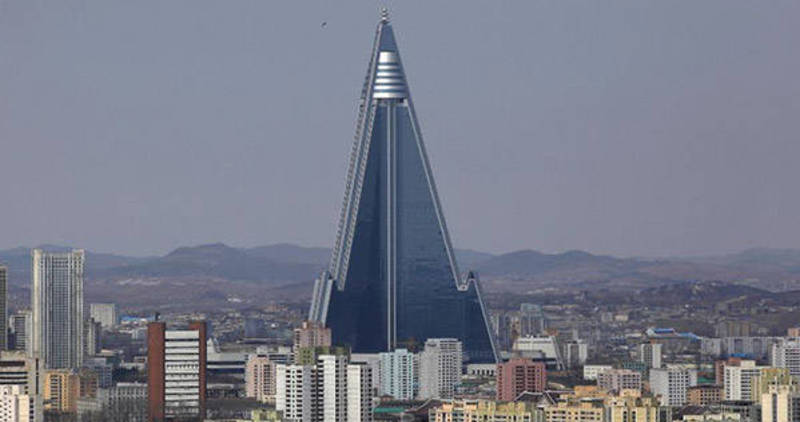 The tallest building that is completely unoccupied is the Ryugyong Hotel in Pyongyang, North Korea. Although it had reached its full height of 330 m (1,082 ft) the building was not finished when construction was halted in 1992. The hotel is the world’s 18th tallest building and would be the world’s tallest hotel if completed.

The hotel was said to have been built in anticipation of a joint Olympic Games between the two Koreas, but was abandoned when the Games went to South Korea.