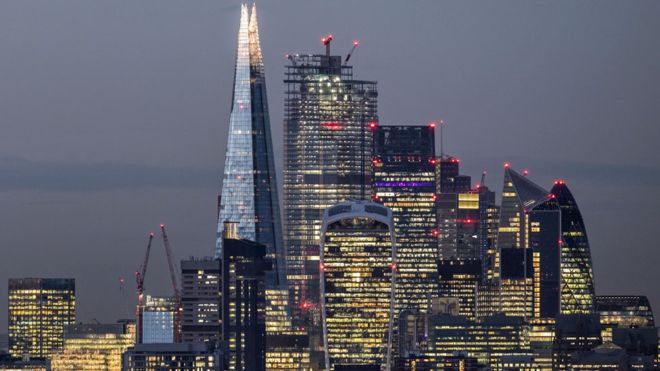 London has become the “epicentre of the elites” in the UK, making it “off limits” for young people from poorer backgrounds, says a social mobility charity.

The Sutton Trust says the high cost of housing has become a social barrier. A report, using London School of Economics research, says social mobility is easier outside the capital.

Trust founder, Sir Peter Lampl, said the idea of going to London to “move up in the world” had become “a myth”.

The report says it is increasingly difficult for young people to move to London to get the high-paying jobs concentrated in the capital.

“Those that benefit most from opportunities in London were either born there or are the economically privileged from other parts of the country,” said Sir Peter.

“London is essentially off-limits to ambitious people from poorer backgrounds who grow up outside the capital.”

This is exacerbated by practices such as unpaid internships, which are available only to those who can afford to live and work in London without earning.

The report – Elites in the UK: Pulling Away? – highlights the rise of the ultra-rich in London in recent decades, with their wealth often deriving from finance and banking. London-born quantity surveyor Yusuf Vardalia says the city is now “off limits for normal people”.

While he was earning “decent money” living in London, buying property there was not an option.

“It was ridiculous. So in 2018 my wife and I decided to move to Leicester where we were able to get onto the property ladder and start building our life, which if we had decided to stick with London would have been an impossible dream,” he said.

Madison Hughes, a teaching assistant, says she can only afford to live in London because her parents pay her rent.

“My rent alone is over half my monthly salary and with bills and the general cost of living in London I would essentially be in debt every month,” she said. “I am so lucky to have generous parents who have the money to help me.

“My friends are all exactly the same – all the girls I live with either have parents paying their rent, or all their expenses.” She added that something needs to be done about London rent prices “ASAP”.

But James Marsh, who moved to the capital eight years ago, said “if you’re hard-working enough and have the drive to succeed, you will do well”.

He had no financial help from his family and was in debt when he arrived in the city.

“It wasn’t that easy at first living off £100 a week in London, for food and drinks, but it’s not impossible,” he said. “It isn’t unbalanced to other struggles you’d find in other major cities and quite frankly it’s not the poverty line either.”

He adds that if he had stayed in his home town “I would not have got anywhere even close to where I am now, either at career level or financially”.

The study suggests a lack of wider awareness among this wealthy elite – reinforced by the small, self-reflecting circles in which they move. These top earners do not see themselves as “especially fortunate” because they are “surrounded by numerous other people like themselves”, says the study.

The report warns of a social and geographical separation, with very affluent people in London having infrequent contact with those facing much tougher circumstances.

They are likely to espouse values of meritocracy, while being part of a process that has seen social mobility becoming less likely. But if social mobility has become difficult in London, the report says there seems to have been much greater opportunities for progress outside the capital.

Two thirds of the most socially mobile – who have come from working class backgrounds and then entered high-status professions – have done so by staying near to where they grew up.

This ladder of progress has been more available for people not moving far from their home towns, rising up into jobs such as in medicine or law. “In spite of the dominance of London, over two thirds of the socially mobile have never made a long-term move,” says Sir Peter.