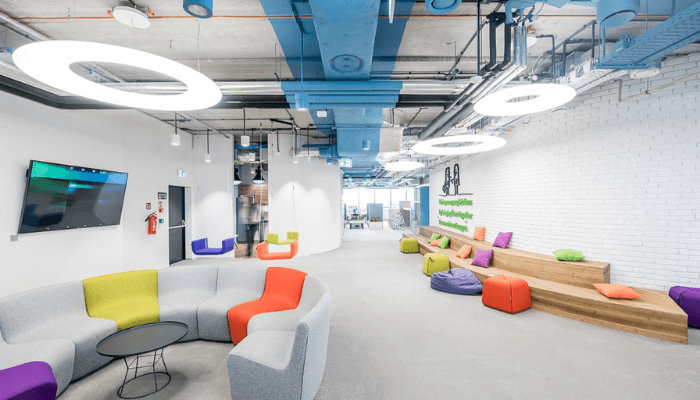 For reasons bothering on rising urbanization, congestion and public health, stakeholders in the Nigerian built environment say it is urgent today to start space designing space that will ensure future livable cities.

Cities are growing in leaps and bounds across Sub-Saharan Africa with Nigeria as the epicenter of growth. This is as a result of growing population and uncontrolled rural-urban migration, creating problems that portend danger for cities and urban communities.

Public health and the design of cities are inseparably interwoven, according to the stakeholders. The way communities are built has a profound effect on people’s physical and mental health.

The stakeholders reasoned that healthy communities ensure residents benefit from access to education, housing, jobs, the ability to live without fear of violence, freedom from environmental hazards and a meaningful built environment, hence the need for planned and well-designed cities.

Designing space means cities are built to inspire. The stakeholders noted that in the world’s most livable cities, arts and culture blend with business, retail, entertainment and residential districts to create desirable places to live, work and play.

These stakeholders gathered in Lagos for the 2021 edition of the Lagos Architects Forum (LAF) hosted by the Lagos branch of the Nigerian Institute of Architects (NIA) with the theme, ‘City Of Lagos: The Next 25 Years’.

It is expected that Lagos population will hit 50 million from the present 20 million in the next 25 years and, if truly the future belongs to the cities, according to Babajide Sanwo-Olu, the Lagos State governor, the managers of the sprawling city have a lot on their hands to bother about.

The governor revealed at the forum that the state had developed a 2050 master plan that required proper planning to ensure that it is scalable enough to drive the vision of 2050.

But Toyin Ayinde, President of Nigerian Institute of Town Planners, was of the view that any plan for Lagos should be sufficient enough to cater for the city which, according to him, has gone beyond being a megacity to a metacity.

“The term metacity was coined in 2006 by the UN-Habitat when the term megacity – designated as cities of over 10 million people became inadequate. A metacity is defined as massive sprawling conurbations of more than 20 million people,” he explained.

Ayinde stated that the city of Lagos, in the next 25 years, would probably be harbouring 40 million people or more and, therefore, the urgent questions to ask the managers of the city-state include “on which land would those 40 million people reside”?

“Where would they work? What sort of transportation systems would connect people and places? Would every square millimeter be occupied with bungalow and low rise buildings or would we need to go high rise only so that we can make more land available for landscaping and open spaces?” he asked.

Oba Abdulwasiu Omogbolahan Lawal, Abisogun 11, the Oniru of Iruland, offered useful insights, noting that the world was undergoing massive urbanization at unprecedented rate and Africa was not left out.

The Oba cited a World Bank report which says more than half the world’s people live in cities and over 90 percent of urban growth is occurring in the developing world, adding an estimated 70 million new residents to urban areas each year.

“Lagos is one of the few in the world in a phenomenon called hyper-urbanisation, with its attendant problems including micro and macro slum developments, crippling traffic congestion, poor waste collection and management amongst others,” he noted.

As part of great lessons from the Covid-19 pandemic, the Oba said there was need for awareness on good public health, safer infrastructure and more open space.

“A city is all about fostering connectivity; at the heart of it is access, how people are connected to their immediate environment to green spaces and public spaces that enable cultural and civic engagements. As designers, more efforts have to be put into making places for people beyond their homes and work,” he advised.

The Oba noted that increased connectivity reduces the tensions between groups in communities, establishes a sense of belonging and makes communities more dynamic and vibrant, adding that not to mention designing healthy communities is to pretend that the pandemic did not expose some of the shortcomings in the design of the built environment.

Eko Atlantic, Ikoyi, Lekki are some of the most profitable property locations »