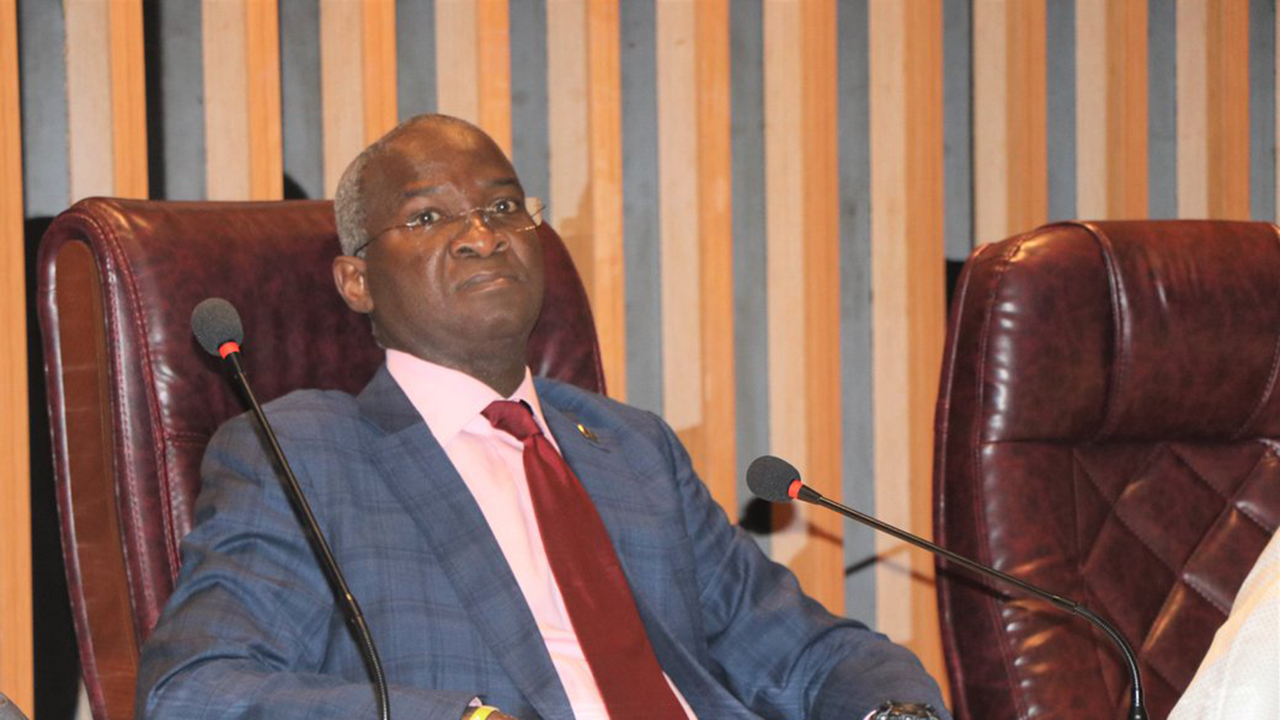 Spurred by the last week separation of the Ministry of Power from Works and Housing by the President, critical stakeholders in the built environment have urged the supervising Minister, Babatunde Fashola to use the experiences garnered in the last four years to stir the real estate sector to the path of recovery. They noted the significant progress made so far but felt the unbundling of the ministry would make the minister more focus to tackle the nation’s huge infrastructural challenge and housing gap.Currently, Nigeria needs about N10.63tn ($67bn) to tackle her infrastructure gap, while about 108 million Nigerians are estimated to be homeless, based on an average family of six people per housing unit, which has robbed her teeming population the comfort that a good house brings.

Also, homeownership rate in the country is put at 25 per cent, lower than that of Indonesia (84 per cent), Kenya (73 per cent), and South Africa (56 per cent). But experts drawn from the housing industry and urban development believed that Fashola need to work closely with relevant professionals to move the sector to the next level.

According to him, the institution already had an arrangement for establishment of a database for housing in Nigeria.The minister, he said agreed to give the institution greater support to ensure that there is data in housing to curtail the 17 million housing deficit, as well as to be able to establish the actual deficit in the sector.

Beyond, Abonta also called for a general overhaul of the housing delivery system, stressing that the current practice of direct involvement in housing construction by the ministry and government agencies have not yielded much result.“ I will advise that the ministry should focus more on policy framework, provision of frame work and policy on housing and creating enabling environment for private sector participation in housing delivery as well as the issue of monitoring and evaluation of projects.

“ We have a lot of developers in Abuja, who their estates had turned out to be shanties and a place that is not conducive for human habitation and most of them received government patronage in one way or the other in terms of land allocation and other forms of partnerships. But at the end of the day, owners of those estates or people entrusted to deliver on those estates do substandard works and end up not really providing infrastructure like in Lakogoma area of Abuja.He said: “There is need for allied government agencies to focus in monitoring and creating enabling environment for private sector to participate in housing delivery.

“We will have more number of houses than government taking the whole efforts of initiating projects, designing it ,circulating it and at the end of the day, you can not really measure the products with the volume of the input that has been put in all these.”To Abonta, government should restrain itself to policy formulation, implementation and give private sector the opportunity to drive the housing development process in the country and provide infrastructure as well as allow easier access to funding through the federal mortgage bank for people to build the houses of their own needs.He also advocated the creation of a national housing committee, where stakeholders can always meet to review process and also make contributions that will help government tackle the challenges of housing.

Also, the President, Nigerian Institute of Building (NIOB), Mr. Kunle Awobodu called for the involvement of professionals in government housing programmes, saying the previous ones are oblivious unknown to professionals.According to him, there is need to involved professionals like NIOB and others to ascertain the qualities of the buildings being erected. He also want the minister to tackle the cash and carry policy of acquisition of houses so that those who really need the houses will have a way to pay gradually through a well packaged mortgage system.

He further advised against awarding road contracts to incompetent people mainly for political patronage to ensue that quality is not compromised so that the life span of the road will be extended.On his part, a fellow of Nigerian Institute of Quantity Surveyors, Mr. Gabriel Olanrewaju urged the minister to tackle the frauds in turnkey contracts being exhibited by foreign companies by domesticating contract cost in Naira and limit the importation of basic construction material that can be source locally.He also want government to engage capable Nigerian professionals to supervise such projects, while designs and planning should localized to create technology transfer and jobs creation.

According to him, relevant government agency must verify the sources of funds as well as the certification of the technical expertise team, not only by immigration services, that are easily compromise as many technicians from China are sent to Nigeria as engineers shameful.

Olarenwaju further urged as a matter of urgency the set up of an independent “Project Audit Unit”, as an independent control mechanism, as well as the engagement of quantity surveyors in road project to end fluctuations and cost variations. According to him, it is only Nigeria out of all Commonwealth Nations that are not engaging the Services of quantity surveyors in public road developments.

On the area of housing, he called on the minister to stop building houses that would end in political class assets list but should rather create enabling environment and provide incentives to both local and international housing.“Government should invest on standard infrastructure for housing projects, then allow developers to do the rest under government regulations as done in developed countries”, he noted. The Immediate Past President, Nigerian Institute of Architects (NIA), Tonye Braide, however want to see the launch of a massive housing programme with minimum target of 1,000 affordable units per state.

The total intervention in first year, he said will be 36, 000 units, which will create an economy of scale to bring down unit costs.
Braide also want a reduction in the bureaucracy on land by using already acquired land in Federal Institutions across the Country as well as a set up of housing construction bonds for private sector to secure construction finance to build houses for sale to the public.

Beyond, that he called for the strengthening of the mortgage support systems in the country, encouragement of intervention through Real Estate Investment Trusts (REITs) and housing cooperatives, review the Building Code to uplift construction standards to global levels and check incessant building collapse in the country. He also wants the set up of micro- building components manufacturing units to develop a high local content in the construction industry.

Frontline property developer and Managing Director, Property gate Development and Investment, Mr. Adetokunbo Ajayi, said stakeholders will be looking expectantly at how the minister will turn around the fortunes of the real estate sector which has been hemorrhaging in the last four years.

“With the minister now responsible for only the works and housing portfolios, this should naturally allow for better focus and prevent dissipation of energies in too many directions. “ With the massive pressure of the power portfolio off his plate, we hope more attention will be given to our sector to better its lot. I will be disappointed if the minister fails to live up to this hope”, he concluded.

An infrastructure expert and town planner, Lookman Oshodi said the restructuring of the Ministry of Power, Works and Housing is an evidence of administrative flexibility towards responding to the fundamental challenges affecting power, works and housing in Nigeria. According to him, it is a welcome development to have power separated from works and housing, but it would have been ideal to have a stand-alone housing ministry considering the situation in the sector.

“ The ministry needs to move from perpetual on-going projects to completion phase. Road dilapidation monitoring mechanism needs to be put in place and most importantly to be backed up with robust budgetary funding structure. “As an immediate priority, the ministry should take seriously, the pronouncement of Mr. President on the provision of highway monitoring camera as part of road infrastructure to confront the rising highway security challenges.

“The confidence of Nigerians needs to be restored to inter-cities highway movements. This is a priority for the Ministry of Works and Housing”, he noted. The minister, he said, has an immediate duty to save the entire country and housing stakeholders from this data uncertainties and speculations by providing adequate and precise housing data for the country.