<<   Back
Sellers Still in Control of U.S. Housing Market in August

Typical homes on the market are more expensive as median list prices are up nearly 9% compared to last year. Buyers may see relief on the horizon, however, as new for-sale inventory rose month-over-month and is closer to last-year’s figures than any time since March.

•As has been the case for the past three weeks, homes are typically going under contract 13 days after they’re listed. This is two weeks faster than a year ago and the shortest median time on market in Zillow’s weekly records going back through January 2019.

•Newly pending sales are up 18.4% compared to last year; the highest year-over-year gain since November 2019. The level is holding steady, with no change compared to a month ago, and only a slight increase (0.5%) week over week.

•New sellers may help sate rapid demand as new for-sale inventory rose 3.5% compared to a month prior. The number of new listings is nearly back to normal for this time of year; at just 4.5% below the same week in 2019, the year-over-year gap is the smallest seen since March.

•Sellers are clearly in the driver’s seat as median list prices grew to $345,722. The 8.9% rise in list price compared to last year is the largest year-over-year increase since at least January 2019.

•The share of listings with a price cut held steady at 4.2%, which is 1.4 percentage points lower than a year ago.

•The Centers for Disease Control and Prevention put forward an order to bar evictions for most renters through December 31. The previous eviction moratorium under the CARES Act expired July 24, although landlords could not begin eviction proceedings for 30 days.

•Mortgage rates fell again this week, trending toward record lows seen in early August, following the Federal Housing Finance Agency’s announcement last week that a 0.5% price adjustment on some refinances will be delayed until December 1. 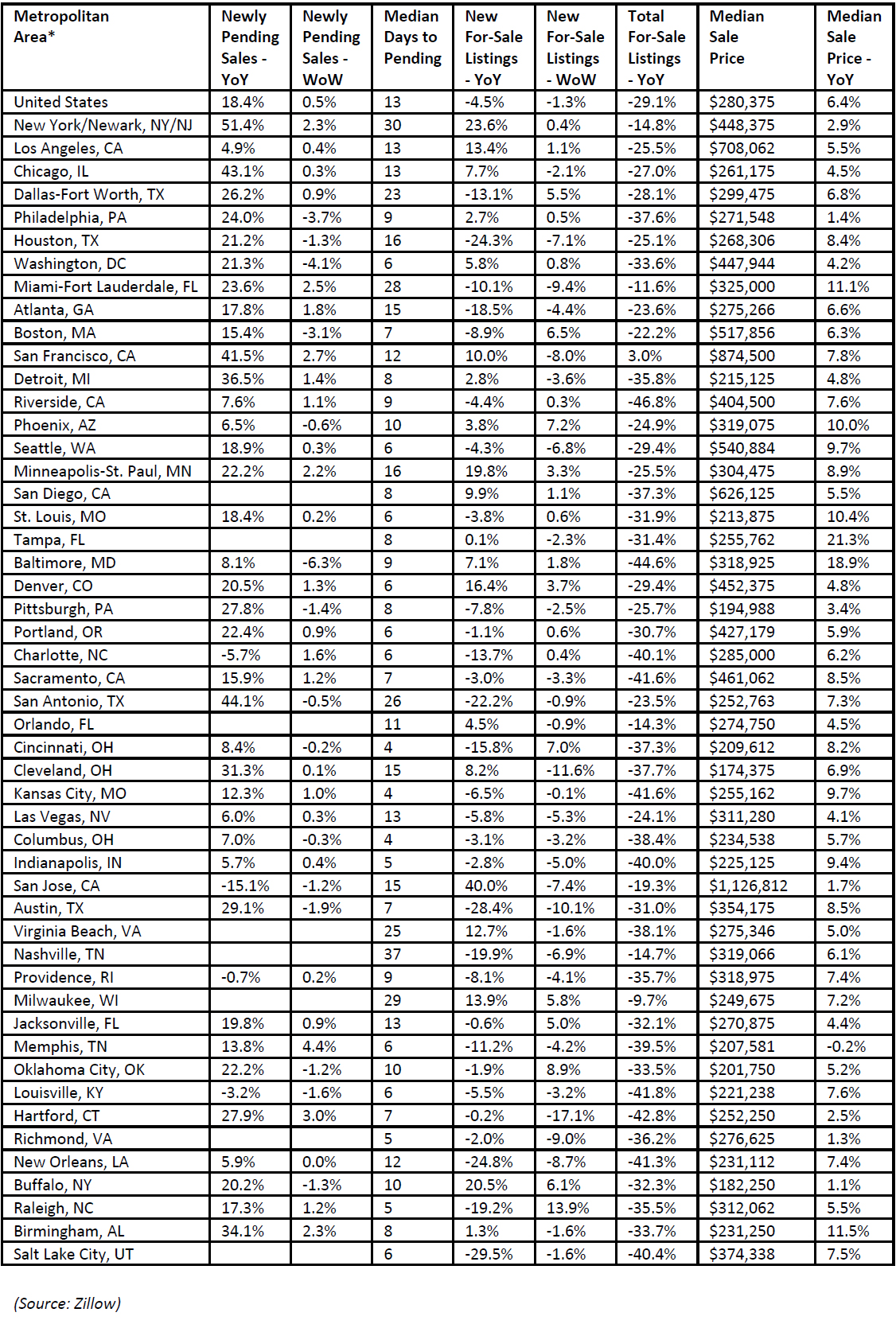