<<   Back
Residential transactions – the post-pandemic picture 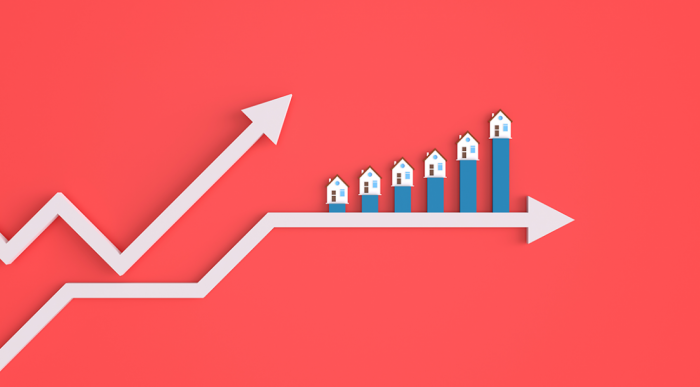 Residential property transactions are increasing across the world

Global real estate investment underwent a major shift in the first half of 2021 as the multifamily residential sector overtook offices to become the largest sector globally for the first time since records began in 2007, when considering deals over $2.5 million. Over the first six months of 2021, $136 billion was invested in residential, 35% higher than the same period in 2020 and 4.1% higher than office transaction volumes. Growth was driven by the global interest in the strong fundamentals for the residential sector. Many locations remain severely undersupplied for appropriate housing, particularly to meet the demand from younger people moving to urban centres.

In the end-user residential market, there were converging factors driving increased transaction volumes in many locations. From the race for space to the shift to working from home, many buyers globally decided that their current homes weren’t working for them. As soon as they were able, buyers made the choice to move to new properties, assisted by record low interest rates and government support for property markets. Across the 15 cities analysed for this article, 80% of the locations have seen transaction volumes above 2019 figures.

A significant number of properties that transacted were purchased by mortgaged homeowners as price growth squeezed out first-time buyers while boosting the buying power of current owners. Roughly 45% of UK new buyers put their plans to buy on hold in 2020, as Covid-19 landed a double blow of rising house prices and constrained personal finances. The number of first home buyers taking out new home loans in Australia dropped to its lowest level in eight months in June 2021 to 13,869, though the number of home loans for all owner-occupiers fell in June as well, as Australia battles a new wave of Covid-19. 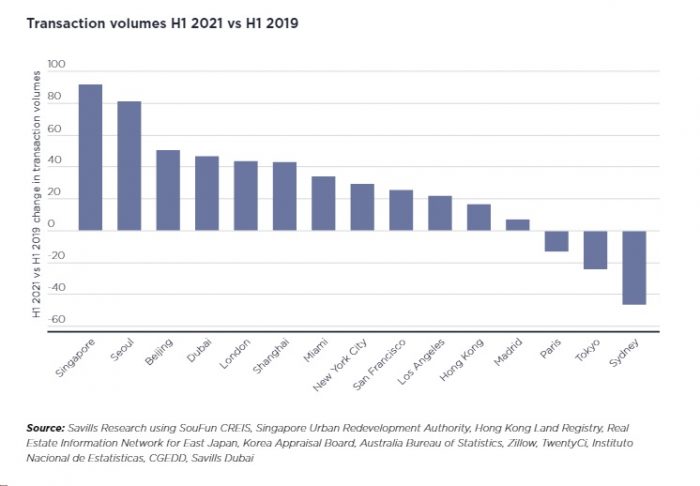 The Chinese cities we studied didn’t experience extended and severe lockdowns, so property markets remained open and trading. Residential property is seen by many as the most secure investment in China, which has been driving transaction and price increases in the country. For the city state of Singapore, there was a Covid-related dip in transaction volumes from March to May 2020, but transactions have roared back to above pre-pandemic levels with volumes in the first half of 2021 nearly double the volumes seen in the first half of 2019. Conversely, transactions in Tokyo remained robust in 2020, but rising case rates in 2021 have pushed transactions down. For the first six months of 2021, transaction volumes were 24% lower than the same period in 2019.

United States cities
In the United States, New York City had severely limited property transactions between March and June 2020. However, transaction volumes surpassed average pre-pandemic volumes in September 2020 and have stayed high through the first half of 2021. San Francisco saw the most severe declines among the US cities studied, with transactions down 57.5% at the nadir of the market in May 2020 as many tech workers left the city. The city returned to pre-pandemic volumes in July 2020 and they have remained elevated since. Miami has seen a surge of domestic migration to the area, which has boosted both transactions and prices in the city: transaction volumes in the first half of the year are at the highest level since before the GFC and are 33.9% above the same period for 2019.

Where are transactions headed?
With record-low interest rates likely to remain in many regions, transaction volumes look to be supported in the near term. Over the medium term, as economies continue the process of returning to normal, cities as centres of work, living, and play will begin to draw more people who will need somewhere to live. Additionally, the continued lessening of restrictions around travel will also boost transaction volumes in global cities.