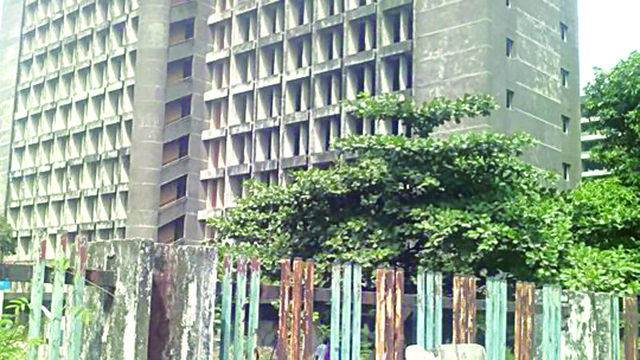 The level of waste and under-utilization arising from federal government’s abandoned public assets sitting on prime land in the country have become too glaring to be overlooked by many Nigerians especially real estate industry observers.

At a time when the government struggles to address huge housing deficit estimated officially at 17 million units, some federal government structures that have been empty since after the relocation of Nigeria’s capital to Abuja continue to lie fallow for reasons bordering on legal disputes and lack of consensus on alternatives uses between federal and state governments.

Most of all, the biggest impediment experts see in this waste is the lack of political will to address these wastages despite political party alignment at the federal and state levels in a state like Lagos.

The experts argue that if disputes around these assets are resolved with reduced barriers for private investors to efficiently handle, it could impact on a robust housing programme at all levels.

Lagos State government last September confirmed the state was home to over 60 abandoned buildings belonging to the federal government. Obafemi Hamzat, the deputy governor of the state, confirmed to BusinessDay that there were still many abandoned structures in the state including the Defence House.

“It just makes sense for us to utilize it. If we can fix them, we can share the rent from letting out to people that want offices and so on,” Hamzat said.

Lagos has an estimated 21 million population and also struggles with an estimated three million housing infrastructure deficit for its teeming residents.

These abandoned structures comprising the former Federal Secretariat Complex, Ikoyi, the Defence House cited in the Independence Building, the Glass House formerly housing the Federal Ministry of Works and Housing, Ministry of Education Building among others are resources experts consider as good assets for both residential and commercial purposes.

Unlike the NET Building which the Lagos State government says is now being handled by private capital, the Federal Secretariat continues to waste and decay. The Tafawa Balewa Square is also being managed by some private hands but continues to lack maintenance.

The old federal Secretariat was offloaded into the property market between 2003 and 2006 and was eventually acquired by Wale Babalakin’s Resort International Limited. The goal was to restructure the facility into residential use, a move that continues to be resisted by the Lagos State government.

Dotun Bamigbola, Nigerian Institute of Estate Surveyors and Valuers (NIESV), Lagos state chapter chairman, said the federal and state governments have the opportunity to leverage on the political party synergy at both levels in resolving the rot at the old federal secretariat in particular.

The expert, who agrees with the Lagos state stance on retaining the initial plan of the building in tandem with the town planning layout, equally believes both governments could still adjust measures to suit the wasting structure for a more efficient purpose.

“They should look at technical town planning issues that can be addressed to reduce the pressure that could be created from converting the Secretariat into residential use. There will be need for parking lot because that road is narrow,” Bamigbola said.

“You also have to consider how many apartments you are redesigning that place for. Similarly like you can have residential apartments there, you can also have a commercial hub there.”

“The federal secretariat is an edifice that has revealed futility of past efforts. It is something we really need to improve our advocacy on to see how the place will become useful again. It needs funds for maintenance,” Awobudu said

Built in 1972, the National Stadium in Lagos was one of the biggest stadiums in the country with a capacity of 55,000 spectators. But what should stand as a national monument, pointing modern Nigerians to the efforts of past patriots, is more of an example of deterioration today.

Just as the country’s governance seem defective in progressive continuation of policies, the centre of Nigeria’s independent celebration in 1960, the Tafawa Balewa Square also lacks maintenance.

There is widespread need for residential and commercial housing infrastructure, yet the 32-storey NET building continues to spend decades in decay.

“We are collating all of those buildings. We will take interest in all of them,” Hamzat promised.