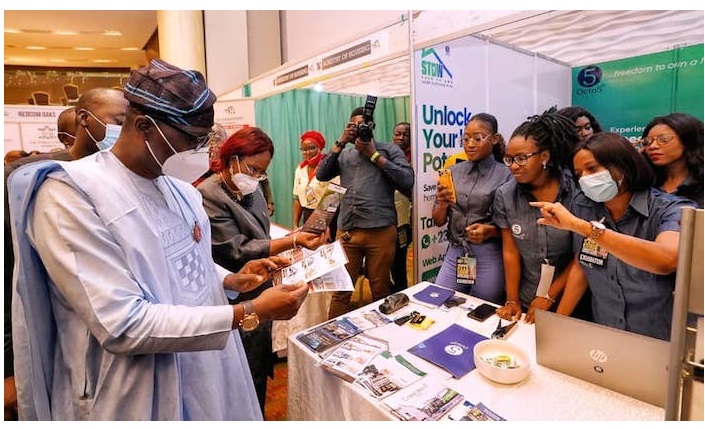 Property owners and developers in Lagos, seeking official documentation of their properties will be in for a huge relief from delays and undercurrent deals, as all land-related transactions in the state will be undertaken online beginning from 2021.

The digitalisation plan which is almost concluded, according to Governor Babajide Sanwo-Olu, who disclosed this on Wednesday, is to further accelerate the process of getting approvals on land matters and create an enduring business-driven property development market in Nigeria’s commercial city.

Sanwo-Olu spoke at the maiden Real Estate Marketplace conference and exhibitions organised by Lagos State Real Estate Regulatory Authority (LASRERA), with the theme: “Unearthing real opportunities in real estate.”
Sanwo-Olu said the state’s Department of Lands had built the required capacity for smooth transition to the online platform, adding that the plan was already in its final stage.

“When the web-based platform is finally launched, there will be no need for applicants seeking for Certificates of Occupancy (C of 0), survey and building plan approvals to physically submit paper documents for authorisation. All documentation and payments will be done by applicants from the comfort of their homes: said the governor.

He added that the new development would result in quick turnaround time in land transactions and boost private investors’ confidence in provision of home ownership model that will address deficits in housing.

He said: “We have improved on our GIS solution to accelerating land matters in Lagos. From the first quarter of next year, we will be launching an online platform on which all land transactions will be done. From next year, it will be one-stop shop for all transactions relating to land, including governor’s approval on C of 0, and building approval by the ministry of physical planning and urban development.

“We have given our commitment on this, because of the need to improve the turnaround time from when people submit their requests for approval and the time the authorisation is completed. We cannot afford to disappoint private investors and applicants seeking real-time approval. We are raising our capacity, so that we can respond to the requests and discharge them.”

Sanwo-Olu called on the residents and property developers applying for approvals to stop cutting corners and circumventing the process, stressing that sharp practices would only make it difficult for impatient applicants to get their documents approved.

He said his administration was committed to mass housing scheme that would address inadequacy in housing, pointing out that the establishment of LASRERA was part of the move to re-build integrity in housing market and gain confidence of private developers working with the government to realise the state’s housing need.

The special adviser to the governor on housing, Toke Benson-Awoyinka, said the conference was held with an objective to bring stakeholders in property business in contact with relevant government agencies and address bottlenecks slowing down property transactions.

She said LASRERA was created with a mandate to bridge the gap of credibility in property business, pointing out that the government responded to the yearnings of industry players, having realised there were genuine real estate practitioners and property developers, as well as genuine home and property seekers who were desirous of credibility in real estate transactions in Lagos.

“As a government that is determined to bridge the housing deficit in the state, we are aware of our role in not just the provision of houses, but also create an enabling environment for the private sector working hand in hand to a desired end.

“We are making a renewed appeal to investors in the sector to team up with the state government to create a home ownership model that will help address the deficits observed in housing market in the state our through Public Private Partnership (PPP) initiative in providing mass housing for our people: she said.