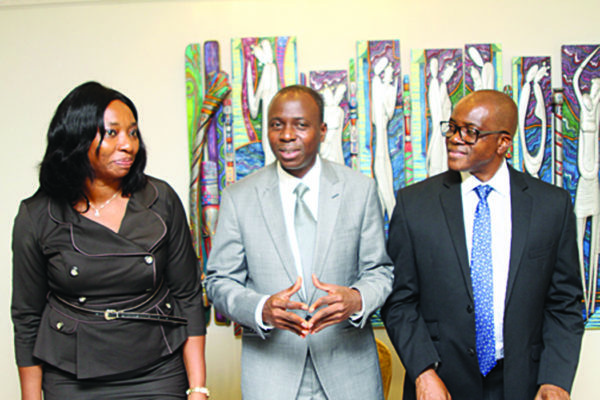 Against the backdrop of the severe and harsh economic climate the real estate sector of the nation’s economy has found itself at least in the last three years in which business continuity is now being threatened, operators in the sector have no option than to engage in innovative thinking and actions, just as they have to diversify their revenue if they must remain in business.

Reviewing the performance of real estate sector at the just concluded 10th Annual General Meeting of Propertygate Development and Investment Plc in the year ended December 2018 in Lagos, at the weekend, the Managing Director and Chief Executive Officer of the Lagos-based real estate development company, Mr. Adetokunbo Ajayi, said “The last few years have been very challenging for the sector. It recorded negative real GDP growth for the last three consecutive years (-6.86 percent in 2016, -4.27 percent in 2017 and -4.74 percent in 2018) respectively.

“Unfortunately, many of the factors accounting for the struggle of the sector are still much with us. Many operators in real estate development and services space have been hard hit by the lingering slowdown in the sector. They have suffered from acute revenue shortage to severe liquidity crunch. “These have had devastating impact on many operators, even threatening their business continuity. Going forward is not an easy task, as some of the challenges are systemic in nature. However, innovative thinking and actions are required on the part of operators. The need for diversification of revenue should be taken very seriously in view of the experience of the last three years.

“Having a mono income source can put an operator in a severe strain when the business climate of the income source begins to falter. Operators may also have to rethink their business structure and other operational strategy issues, products and services offering, funding mechanics and other fundamental issues critical to corporate success.

“It is high time for vibrant industry groups to emerge, to seriously engage and collaborate with governmental authorities and other stakeholders on burning issues affecting the sector”, Ajayi noted.

According to him, Propertygate intends to focus its attention mainly on real estate development, pointing out that the company has over a decade operated more as a development trading company, adding that going forward, it intends to do more in development for investment for strategic reasons.

“Propertygage is exiting property advisory services. With exit from advisory offering, the company is currently holding a significant stake in PG Readzon Services, a real estate and allied services firm. This will help the revenue diversification goal of the company. It intends to push the diversification goal forward by deliberately pursuing investments in other carefully selected areas and ventures.

“The company continues to recognize that people are central to its drive in building a sustainable business institution. It will strive to recruit, develop, motivate and reward needed personnel, who will help its vision, mission and corporate goals. The Board which has been a major pillar of the company gave needed support in critical areas including driving corporate governance during the year 2018, and has pledged its commitment to do more in future.

“The customers, who are our other major stakeholders, will continue to occupy a supreme position in our considerations and actions. We will also not fail to give due attention and regards to all our other stakeholders”, Propertygate boss assured. On operating environment during the period under review, he said the year 2018, was dominated by flurry of political activities, as the country prepared for general elections that were scheduled for early 2019. He revealed that investments, local and foreign, slowed down as the year drew to an end.

“Some investors (corporate and individuals) held back, and would not commit until after the elections. On the economic front, the country recorded a GDP growth of 1.93 percent by the end of 2018. That was an improvement compared to 0.82 percent growth recorded in 2017. The year also ended on a positive note with a GDP growth of 2.38 percent in the last quarter of 2018.

“Looking at the performance of the real estate sector during the period, the results disclosed a sector in troubled waters. It recorded a negative annual real GDP growth of -4.74 percent for the year; a further decline compared to -4.27 percent recorded in 2017. Quarter 4 result was equally negative, with a real GDP growth of -3.85 percent.