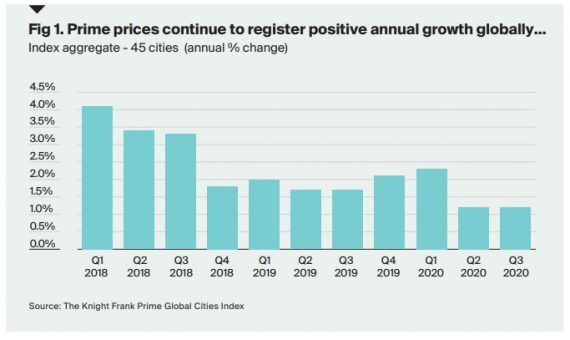 The Knight Frank Prime Global Cities Index is still registering prime price growth despite the pandemic. A surge in demand post-lockdown as luxury homeowners re-evaluate where they want to be and the type of property they want to live in has boosted sales and supported luxury prices across several key markets.

It is perhaps not surprising that traditional safe havens, countries that are considered to have handled the pandemic efficiently or applied a lighter touch, plus those markets that are already witnessing an economic rebound have moved higher in the rankings. With travel restrictions in place across much of the world this demand remains primarily domestic in nature. 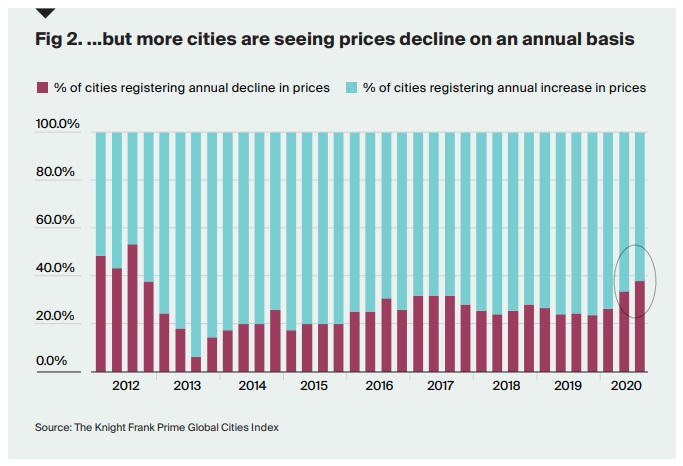 North America not only has three cities in the top ten annual rankings – Toronto (8%), Vancouver (7%) and Los Angeles (6%) but the region has snatched the crown of strongest-performing world region from Australasia this quarter. Vancouver’s recovery continues to surprise having sat low in the rankings for the last four years following the introduction of a 20% foreign buyer tax. Low mortgage rates and pent up demand released post-lockdown saw sales across Greater Vancouver reach 3,643 in September, up 56% year-on-year.

In an age of uncertainty, buyers are looking more favourably at luxury property, mirroring what we saw in 2008. With equity markets volatile, Brexit looming large, the repercussions from the US presidential election expected to rumble on, and further waves of the pandemic hitting Europe and the US, property’s credentials as a safe and tangible asset class are rising to the fore.