<<   Back
Property market boom: Only for small unit apartments 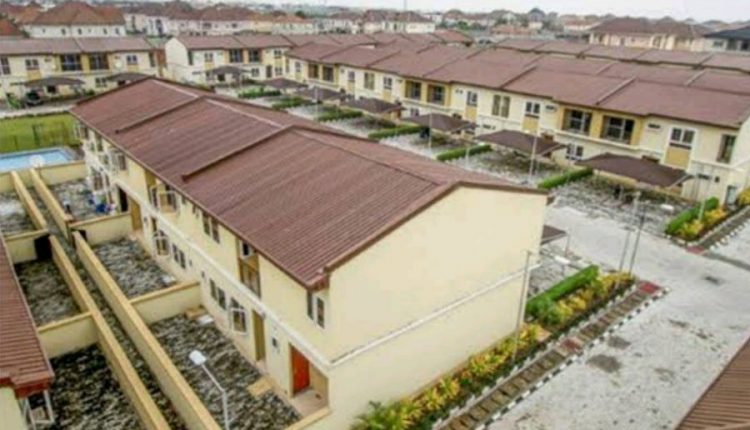 Gone are the days when demand for Nigeria’s residential real estate was largely driven by four-bedroom apartments. New studies have shown a positive relationship between Nigeria’s growing young population and the demand for small unit apartments.

Nigeria’s young professionals, 60 percent of whom are within their first 3 years of employment, coupled with the high rate of urbanization are the reasons for the surge in the demand for small units apartments, a survey by Businessday shows.

The average rate per month at which studio apartments are rented increased by 24.16 percentage points from 42 percent in 2017 to 66.16 percent in 2019, Businessday survey shows.

According to Northcourt, a Lagos-based real estate advisory firm, the surge in urban growth (at 4.3%, H2 2019) places pressure on real estate infrastructure, and as successful cities attract more population, the price of urban real estate will increase due to demand.

“Gone are the days when young people would want to stay at their parents’ house while working. A city like Lagos has continued to attract a chunk of that population and when they come they are in search for small unit apartments,” Chukwudum Muoneke, MD of Adudu, a real estate firms said.

Nigerian tertiary institutions produce about 500,000 graduates every year, this is excluded from those who study abroad and return after obtaining a foreign degree to search for a job.

Providing accommodation for Nigeria’s young professionals who are at the early stage of their career is an area that is still underserved, industry analysts have said.

“Whenever we take properties from developers and put it up for notice, say about 30 units of studio apartments, we usually have a lineup of a thousand plus young professionals waiting to take up the property,” Tunde Balogun, CEO of Rent Small-small said.

According to industry statistics, the vacancy rate has dropped in a city like Lagos because developers are now a bit more thoughtful about the kind of products they put into the property market.

“If you build five-bedroom apartment now, you will be the one to live in it as one-bedroom and two-bedroom are the products that are driving demand in the market,” Ayo Ibaru, COO / Director of Northcourt said.

Faced with opaque land laws, infrastructure challenges, lack of development expertise and financing opportunities, real estate developers in Nigeria had in the past developed mainly large unit of residential properties with the hope of getting a quick return on investment.

“Developers are beginning to look into the small unit apartments especially because it has huge potential and from our data, we have a chunk of request for one-bedroom and studio apartments,” Balogun said.

A successful investment in small units of residential real in Nigeria can earn returns as high as 30- 35 percent, while rental income yields in cities such as Lagos can easily reach 10 percent, developers and estate agents say.

According to industry sources, the rental aspect of the small unit apartments is getting more attention than the one that is put up for sale.

This is due to the low earning capacity of young Nigerians who are in demand for the kind of properties.

“Even if you put a house at N7 million, how many young Nigerians who have been working for 5 years can afford it at that amount,” Muoneke questioned.

Only 5 million of the 69.54million Nigerians reported by the National Bureau of Statistics (NBS) to have been gainfully employed as at third quarter of 2018 earn a salary of N3 million and above per year, as compiled from data by Graeme Blaque Group, a Lagos-based advisory firm.

If that number of people can afford to buy a house which is very unlikely due the lack of a functioning mortgage the data will put employed Nigerians who can buy affordable housing at only 7.19 percent, meaning as much as 64.54 million people who earn less than N3 million cannot afford to buy a house except of course there is an increase in their income level.

Cribbed by a housing deficit of more than 20 million units, Nigeria with one of the least homeownership rates in Africa requires in monetary terms, between N170trillon to N200trillion to bridge the housing gap if each unit is estimated to cost N10million.

According to the Association of Housing Corporation of Nigeria (AHCN), an umbrella organization for all federal and state housing agencies, the underdevelopment of Nigeria mortgage sector in driving homeownership is worrisome as more than 90 percent of new homes utilise funds from personal savings for incremental construction.

“The structure of the mortgage industry is the problem; there is the highinterest rate and this is on the back of the economic condition,” Adeniyi Akinlusi, president of Mortgage Bankers Association of Nigeria ( MBAN) and CEO, Trustbond Mortgage told Businessday.