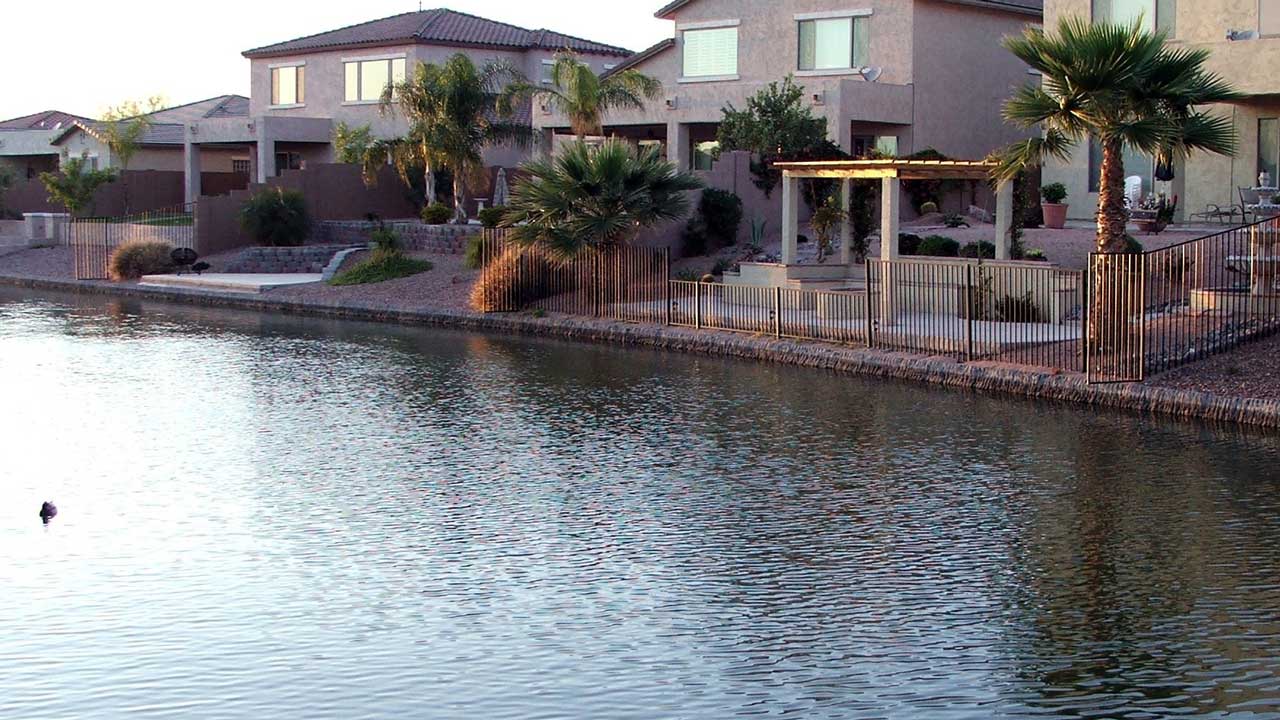 For many prospective home-owners, living in waterfront properties is a life-long dream because of the luxury and exotic views of the ocean.

In some Nigeria cities like Lagos, Warri and Port Harcourt, some of the most prized waterfront real estate is disappearing into the ocean, despite deep-pocketed homeowners spending enormous sums to put off the pain of losing their homes.

Initially, waterfront homes are sought-after haven by the wealthy and commands a significant value in terms of investment and rental income.

But all these seems to be in the past as erosion and sea rise put houses in peril, some owners vow to stay and fight, and some communities are spending millions.

Consequently, affluent home buyers in search of coastal property gravitated to the ocean are decreasing. As most of the cherished waterfronts in most Nigeria cities are disappearing to the chagrin of many.

According to a property expert and estate surveyor and value, Mr. James Anifowoshe, the sudden disappearance and degradation of waterfronts in most Nigeria cities could be traced to government insensitivity to its master plans and laws.

He stressed that Lagos is fast going the way of unplanned cities as the original master plan is being thwarted giving way to arbitrary developments that further compounds the problem of the city.

He complained about the arbitrary allocation of residents’ waterfronts to unscrupulous individuals for sand filling as one of the off-plan moves by the state that scares investors.

According to him, people incessantly lose their waterfronts through corrupt allocation by unscrupulous officials. These are lands officially gazetted and paid for as waterfronts. Some waterfronts in Banana Island and Osborne Foreshore Estate II have disappeared due to such out-of-plan allocations.

“The theme of such allocations is pecuniary greed by government fiat. This drives foreign investors away. Places designated as residential areas have been gradually turned to shops and offices.

But renowned property consultant, and past president of Nigerian Institution of Estate Surveyors and Valuers (NIESV). Mr Joe Idudu blamed security challenges and natural degradation for the disappearance of waterfronts in the country.

According to him, water front is really meant to be an attractive area of land so that home owners can have access both from the land and from the water. “But with vagabonds every where, what ought to be an advantage is no longer what it ought to be.

“If you look around us here a lot of what we would have gained in waterfronts have been eroded completely and the initial lushes near the water are no more because of the nature of our own insecurity.

“You will remember that some of the attacks that occurred to our vice president, because they lived in the waterfronts in ikoyi, occurred through the water.

“Today, it is dangerous for you to accept a plot at the waterfront because you are exposing yourself to more danger”, he added.

Mr Idudu stressed that the security concern is a big aspect because one’s homes is his castle and citadel where he wants to feel safe but when he don’t have that, what is the value in water front .

The twain issues of natural degradation and erosion arising from waters in coast lines, especially along the lekki axis, where the coconut trees have been up rooted have impacted negatively on water fronts and government must act very fast as they did along Ahmadu Bello way, Victoria Isand to save investments on that axis.

For the assistant national secretary of NIESV, Mr Mutiu Balogun, the reason, people are losing waterfront is not far fetched, because government s are not beign sincere with what they are doing.

According to him, governments are not affirmative to their laws , the same government that sold or allocated the waterfront will still sold it for someone else.

More importantly, if you sell the water front, they should be regulation on the sand filling to indicate where people can pass.

He stressed that the attitude of government is leading to loss of waterfronts as well as fall in value of properties previously located at water fronts.

Government, he said, should come out with regulations to protect water fronts.