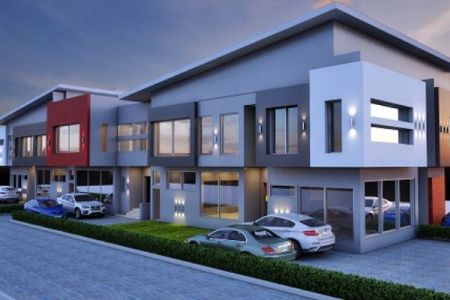 An analysis of institutional acquisitions and disposals in real estate investment valued at $1.8 billion across Africa in the past two decades reveals that Nigeria has the largest real estate investments by country.
The country has, within this period, attracted $523 million investment into the sector, ranking ahead of Mozambique and Mauritius that were ranked second and third with $268 million and $256 million investment, respectively.
What this means is that opportunities abound in the Nigerian real estate market and savvy investors are not glossing over that. The country is almost a green field for investors. The size/value of real estate opportunity in the country is estimated at $56 billion.

This is, however, understandable in a country of 200 million population where housing demand-supply gap is well over 20 million while annual housing output is between 50,000 and 100,000 units. Homeownership level in the country, according to experts, is a little above 20 percent.

The investment analysis looks further at the value of investments by cities and reveals that Lagos, Nigeria’s commercial capital, tops the l

ist with $523 million, followed by Accra, the Ghanaian capital, with $230 million while Maputo in Mozambique comes third with $201 million investment.

Bismarck Rewane, CEO, Financial Derivative Company (FDC), who provided this information in his June Breakfast Conference in Lagos, also hinted that in terms of market segment and value, retail was most preferred, attracting $687 million investment and offering 8.6-10 percent yield.

For the hospitality segment of the market, $480 million investment has been made with 7.5-7.6 percent yield. The top destination here is Mauritius which corners $195 million. Nigeria is third with $98 million. The top city is Accra with $100 million. Lagos is third with $98 million investment.
The value of investment in Industrial real estate is $58 million with 7.5-9.6 percent yield. Top destination is Nigeria which accounts for $25 million while Lagos is the top city with $25 million investment.
The real estate sector in Nigeria is not doing badly despite economic headwinds in the country. The first quarter (Q1) 2021 GDP figures which were released recently by the National Bureau of Statistics (NBS) shows that the sector grew by 6.52 percent to 1.77 percent compared to -4.75 percent in Q1’20.

The sector, however, recorded a marginal dip compared to Q4’20 when it recorded 2.84 growth, partly due to the improving interest rate environment.
Despite these positives, vacancy factor was reducing, according to Rewane. He noted that rents were increasing as replacement cost of buildings was higher than market value on the mainland and island of Lagos.
He did not see promising outlook for the sector as new investments are to decline as interest rates go up and vacancy factor are to widen on low consumer disposable income.
“Lagos to remain the real estate hub but Ogun state is gaining momentum as land and properties are cheaper in Ogun,” he said, noting that housing deficit, currently estimated at 22 million units, was to remain a trivial issue.
According to him, private developers will increase promotional offers to boost sales, recommending that government regulations should be imperative to clamp down on fake/Ponzi real estate investments.
Over all, due largely to poor performance of other investment assets like government Treasure Bills, bonds and equities, the real estate sector remains the asset of choice in terms of investment.
Emeka Eleh, an estate surveyor and valuer, noted in a recent report that despite ending 2020 in the red, “the sector appears to hold potential for 2021. The opportunities created amid the pandemic have raised optimism that 2021 will be a good year for the. The collapse of money market instruments as viable options has more or less assured this.”
Expectation is that the residential, construction, and industrial segments of the market where, by default, Covid-19 has brought about demand, because of the new normal, are expected to drive the sector’s growth with good returns for developers, investors and landlords.
The demand for residential real estate is expected to increase, as work from home becomes a major driver for space demand. The increase in demand for warehousing amid a surge in e-commerce and online trading is expected to drive growth in the industrial subsector.
Construction of projects that were put on hold amid COVID-19 lockdown and the rebuilding of vandalized properties during the ENDSARS protest is expected to boost expansion in the construction sector and thus, drive the growth of the sector in 2021.
For investors still unsure of where to invest and get good yield, experts bet on residential real estate. They note that locations like Chevron, Agungi and Osapa which reported an average rental value of 6percent in 2020 are expected to give investors good return this year. The same is expected in Yaba, the tech hub for start-ups.
Mixed-use projects with well planned residential components are also expected to perform well following the projected surge in the demand for shelter even at a period of economic downturn. This will hold true for Lagos Island, Lekki, Ikoyi and Victoria Island