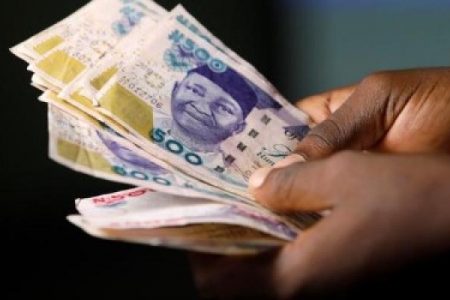 Nigeria’s persistent dollar scarcity which has led to a further weakening of the naira holds two benefits for Nigerians in Diaspora who are looking at investing in real estate market back home.

The 23 percent naira devaluation by the Central bank of Nigeria (CBN) as of August 2020 means that Nigerians abroad who are earning in foreign currencies can buy more properties this year than they did last year at a low cost or they can now spend less while buying a property in Nigeria.

“A weaker exchange rate in Nigeria definitely holds investment opportunities for Nigerians in the diaspora to invest in real estate because all of a sudden assets are now cheaper for them because they earn in foreign currencies,” Tayo Odunsi, CEO, Northcourt said.

Exacerbated by the outbreak of Covid-19 and lower crude oil price, dollar shortages in Nigeria pushed the Central Bank to adjust its official currency peg against the dollar by N72.

The apex bank first devalued the official exchange rate in March to N360 from N307. With the further decline in oil price, a commodity that accounts for more than 90percent of the country’s foreign-exchange earnings and more than a half of its revenue, the CBN on August 7 moved the FX rate from N360 to N381 per dollar.

The naira should be anywhere between N427 and N491 to the dollar, converging with the black-market rate, Renaissance Capital said in a note to clients on July 7.

“The devaluation of the naira presents an opportunity for eagle-eyed Nigerian property investors in the Diaspora to add more properties to their investment portfolio because the lower value against the foreign currency gives them the opportunity to buy more for less,”freeman Osonuga, a property broker and MD of Adloyalty Business Network said.

Also, Fitch Solutions expects the naira to weaken to N475 against the US dollar at the end of this year, and further decline to N510 next year.

“The depreciation will come in a series of steps, as in recent years, “it said, adding that policymakers are very unlikely to fully liberalise the FX regime.

Data compiled from abokifx.com, a platform that collates rates from street traders in Lagos shows that naira’s black-market rate sold at N440 per dollar on Friday from N306 a year ago.

“A low-interest rate regime creates a secondary situation locally for real estate developers as they are yearning for off-takers which might not be strong and so internationals have an advantage because it is a buyer’s market and not seller’s,” Odunsi said.

Following the impact of COVID-19 on the Nigerian economy and especially the real estate industry, analysts see the property industry to be a buyer’s market as real estate investors and potential home buyers now have higher bargaining power.

”l can tell you for a fact that we have also witnessed a surge in the sales of properties in the past few months due to the devaluation of the naira probably because many home based investors are trying to hedge their funds against inflation by investing in real estate, ”Osonuga said, adding that Nigerian investors in the Diaspora are also able to secure more property investments with same amount.

Meanwhile, real estate developers are also facing the brunt of the currency devaluation considering that they depend on 50 percent import of their building materials, meaning they are likely to spend more for less.

On the strategy that can be employed by real estate developers to deliver low cost property despite the high construction cost, Odubsi said ”in the past, and I am sure that’s what is happening now, developers have had to become more creative in how to deliver their products without increasing price because in a weak economy you can’t increase price but you still need to be profitable.

According to the CEO, a developer who would normally build a four-bedroom house on 450square metres is likely to now build the same property size on a 250 square metres, meaning it has an extra 150 square metres that can be used for another real estate development.