At 7.4%, urban home prices worldwide rose at their fastest rate since 2007, Turkey leading the way

International property broker Knight Frank’s latest Global House Price Index is reporting that urban house prices worldwide are rising at their fastest rate since 2007 and of the 150 cities they track, 43 are now registering annual price growth above 10%.

Cities are far from under-performing their national housing markets, both look to be moving in tandem as Knight Frank reported in their Global House Price index last month.

But it’s not a global boom – 22 cities are still seeing prices decline year-on-year with several key cities in India, Spain, Italy and Israel amongst them. Asian cities whilst resilient are not the powerhouses of growth they were in 2018 – Hong Kong posted 2.2% annual growth and Beijing 3.6% – although luxury sectors in both cities are faring much better.

What’s concerning economists, says Knight Frank, is that the surge in house prices is feeding into a broader asset boom with commodities, equities and house prices all moving in one direction, unlike in 2008.

However, unlike during the last global recession, banks now operate under tighter lending rules, households are less indebted, the tapering of fiscal stimulus measures is not expected to bring about a sudden jump in unemployment and with inflationary pressures deemed to be ‘transitory’ a sudden hike in interest rates looks unlikely – the US Federal Reserve envisages it will be 2023 before it makes two small rises, reports Knight Frank.

Governments too are taking a much more interventionist stance. Authorities in New Zealand, Canada, China, South Korea and Ireland have all taken steps to curb price inflation in the first half of 2021.

But perhaps most critical is the extent to which several key global cities continue to suffer from a severe under supply of housing and the slowdown in construction has been exacerbated by the pandemic.

Firstly, the fear of missing out (FOMO) – with borders closed investors may look closer to home to take advantage of rising prices. Secondly, some buyers may be keen to lock in to lower mortgage rates before interest rates start to shift higher and finally, with large sums of accrued savings evident in some markets, a second home may now be within reach for some.

There are, however, already signs that some markets are starting to cool. Canada has reported two straight months of moderating sales and Capital Economics reports that mortgage applications for US home purchases have fallen back to their pre-Covid levels suggesting the distortive effect of the pandemic may be diminishing, concludes Knight Frank. 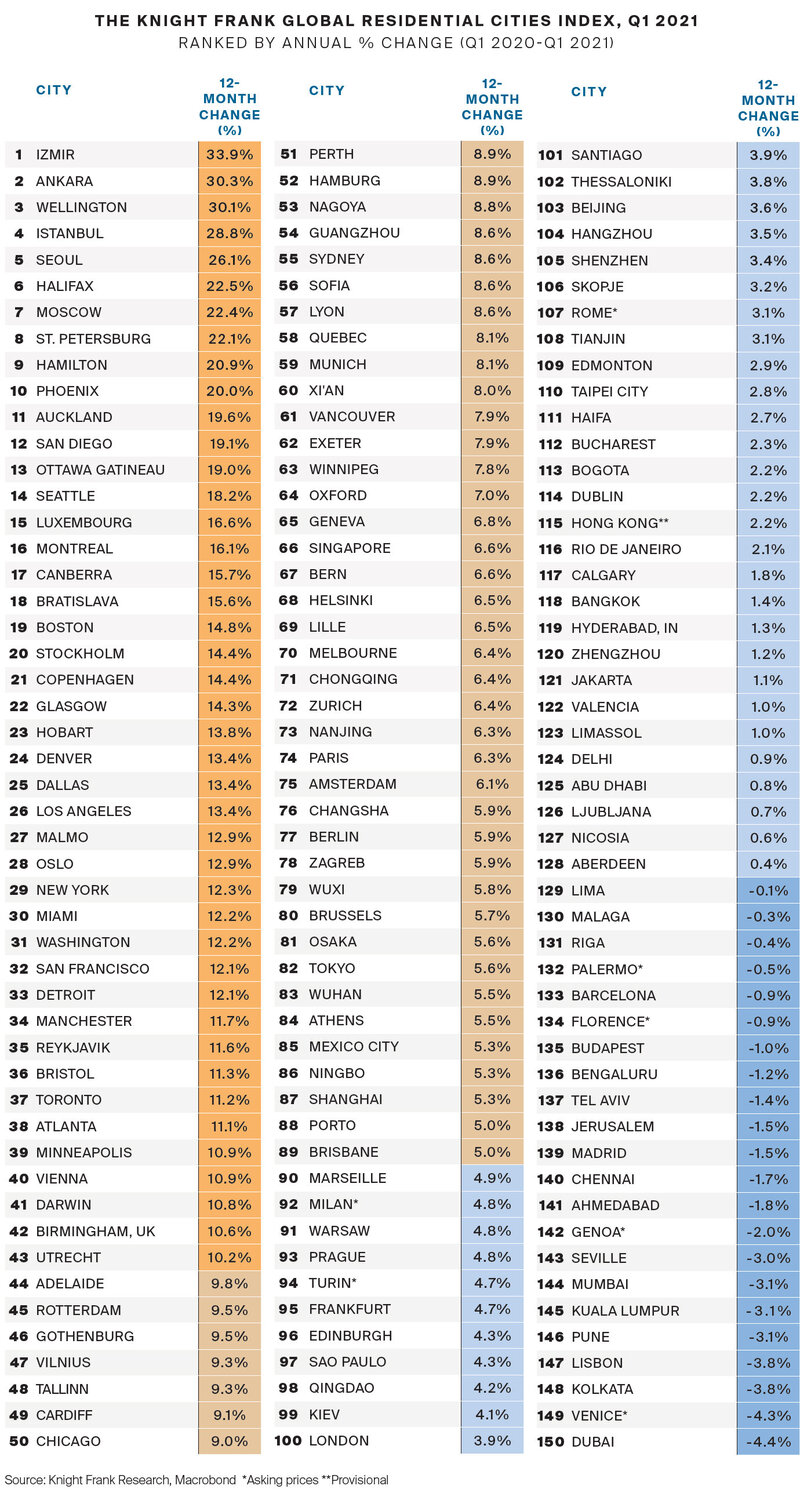