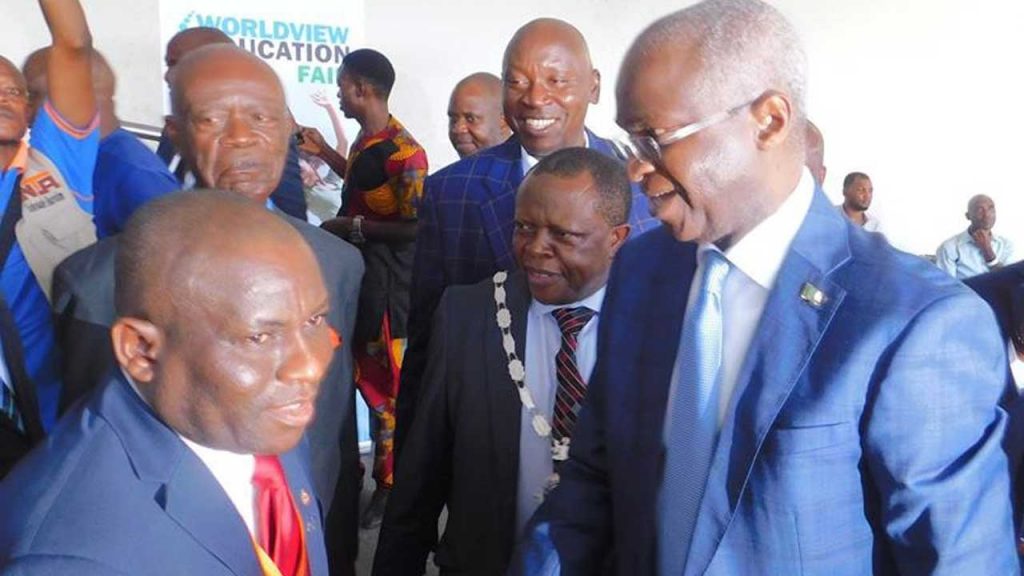 To address the inappropriate figures in the housing industry, the Minister of Power, Works and Housing, Babatunde Fashola, has urged members of the Nigeria Institution of Estate Surveyors and Valuers (NIESV) to provide accurate data. Also, experts have lamented the dearth of capacity among professionals, substandard and uncoordinated infrastructure as well as apathy to the maintaining existing transportation system for smart city development.

Fashola, who made the call at the opening ceremony of the 49th National Conference of the institution in Lagos, deplored the continuous use of 17 million housing deficit figures without adequate data backing it. According to him, the figure has been repeated and validated by estate surveyors and valuers without asking how it was generated. He urged them to assist government in carrying out audit of the empty and occupied houses as there are no city in the country without empty and unoccupied houses.

Valuers, he said, owe the country the responsibility of ascertaining why there are empty houses, for how long they have been empty and what can be done to make them, habitable an unoccupied. This, he said could be done before 2020 in order to help government come out with solution to the housing deficit.

Describing the theme of the conference: A City that Works”, as apt, the minister said no city or community will function to expectation, if the people in these cities do not subscribe to law and order. According to him, as professionals hold the key to prosperity as there no human endeavour or undertaking that does not require land.

On his part, Governor Akinwunmi Ambode also asked estate surveyors to leverage on the existing landed property, to enhance the state’s economic and infrastructural development.The governor, who was represented by the State Commissioner for Housing, Prince Gbolaham Lawal, said there were so many under-utilised and untapped property that could be harnessed to boost infrastructure development and better living standards of the teaming population in the state.He stressed that infrastructure and technology are the major components of a city that works. According to him, more than 86 persons enter into the state on daily basis to reside without the intention of returning, saying there is need to create more infrastructure that would match the increasing population.

The increasing population, he said, led to overstretching of existing infrastructure, adding that estate surveyors could exploit the available land to create more infrastructure that would truly make Lagos a city that works. In his remarks, NIESV President, Mr. Rowland Abonta urged for collaboration between government and the institution to facilitate effective service delivery in the state.

Abonta reiterated the commitment and readiness of the Institution to contribute in growing infrastructure in the country, which he said was achievable if government provided the enabling environment for the professionals. “As a professional body, there are limitations to our operation, but with government support and encouragement, our contributions can be expanded, he added.Meanwhile, experts have canvassed adequate and consistent awareness on the resourcefulness of smart city and the need to build capacity of professionals.

They stressed the necessity for stakeholders in the transportation sector to be integrated with adequate tools for Information and Communication Technology (ICT) to enable them embrace the innovativeness of the trends of smart city.

In their paper, Smart city: Mechanism for Efficient City Transportation System”, Prof. Otegbulu Austin of the Department of Estate Management, University of Lagos and Paul Chuks Anih, Department of Estate Management University of Uyo, harped on the ingenuity of smart city with evidences establishing the concept as a mechanism for achieving efficient transportation system for sustainable economy in the country.

Otegbulu said, “The estate surveyors must be smart in skill to handle issues related to e-land permit, e-Certificate of Occupancy and the smart city coming up. In-depth building and occupant data would mean greater transparency in real estate transactions, allowing potential renters and buyers to better understand assets and commercial investors to better analyse the likely footfall. The real estate industry has plenty of opportunities here to embrace smart city solutions and shape the evolution of these areas”.

He stated that the most obvious initial benefit for the property industry will be the enthusiasm and clamour of eco-conscious tenants, buyers and businesses to purchase a part of these efficient structures with lower running costs. “Smart city is an idea of man and functions through the application of different types of electronic data collection sensors to supply information which is used to manage assets and resources efficiently. This e-City must be managed for sustainability and the assets valued for economic viability and continuity. The main components of any city are real estate, infrastructure, energy, machinery, goods and services”.