Despite political and economic uncertainty around the world the top end of the residential real estate market continues to be regarded as a lucrative investment with record sales and rising prices. 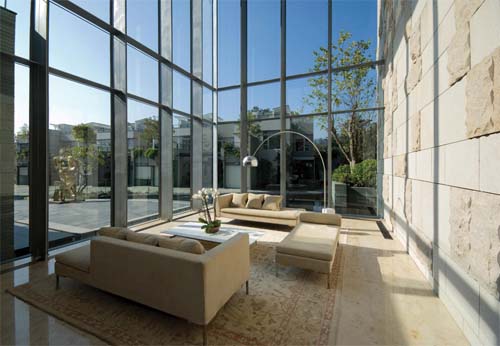 The last year has seen record sales in the luxury market, including a historic number of $100 million sales worldwide and prices peaking at record levels, according to the annual global residential report from Christie’s International Real Estate.

For the first time ever, the world’s top 10 reported residential property sales were all priced above $100 million and sold for more than $1.3 billion in aggregate, the report reveals.

Hong Kong has since taken over as the world’s top luxury residential real estate market, eclipsing London for the first time in the history of the report, and Toronto is once again the hottest million dollar plus market.

There is a shift towards more of a buyer’s market, according to Dan Conn, chief executive officer of Christie’s International Real Estate. ‘That said, the last 15 months have yielded unprecedented sales prices and sales volumes, including many in new or re-emerging destinations for investment,’ he explained.

The report shows that overall million dollar plus residential sales grew by 1% annually, but the luxury market is showing an upward correction as global stock markets surged in early 2017 and political uncertainties emerged.

Indeed, 24 of the surveyed markets saw a slowdown in sales during 2016, while 19 noted significant increases, which the report says is a sign of luxury market bifurcation. For example, luxury is defined as under $1 million in Costa Rica, while it starts at $10 million plus in Monaco

The report highlights a number of markets to watch including Washington DC, the Lake Tahoe region of the United States, Marrakech in Morocco, Belize and the Bahamas as they are locations where luxury real estate markets are showing an uptick in activity.

The study’s luxury thermometer rankings, which rates the fastest growing and hottest luxury markets, reveals that Canada has the top two spots with Toronto and Victoria in British Colombia.

New locations entering the rankings of the world’s hottest luxury markets, include three in the United States. Charleston in South Carolina is top, followed by Paris, then Austin in Texas and San Diego in California.