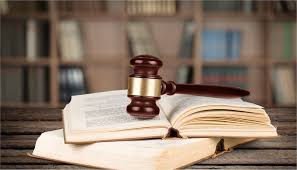 Lagos State government has reviewed the 2018 Land Use Charge (LUC) Act, introducing a new law, which lowers the rates as well as exempts pensioners from payment of the charge.

Under the new Act, the definition of pensioners has been expanded to include “all retirees from private and public institutions in the state or any person that has attained the age of 60 years and has ceased to be actively engaged in any activity or business for remuneration while property owned and occupied by a pensioner is exempted from paying the LUC.

The state’s Commissioner for Finance, Dr. Rabiu Olowo, who disclosed this at a press briefing in Lagos yesterday, said that the current administration decided to review the Land Use Charge law by reversing the rate of Land Use Charge to pre-2018 while upholding the 2018 method of valuation.

Specifically, he said that penalties for Land Use Charge for 2017, 2018 and 2019 had also been waived, adding: “This translates to N5,752,168,411.03 potential revenue waived by the state. In addition to the re-introduction of the 15 per cent early payment discount, an additional COVID-19 incentive of 10 per cent will be granted on the total amount payable.

“An important section I intend to bring to light is Section 14 of the law, which makes it possible for the commissioner to appoint any person, including an occupier of a chargeable property, to be an agent of the owner for the purpose of collecting Land Use Charge. LUC payment can now be made online via https://Lagos.ebs-rcm.com and other platforms,” he said.