<<   Back
Houses swept away in powerful landslide in Norway 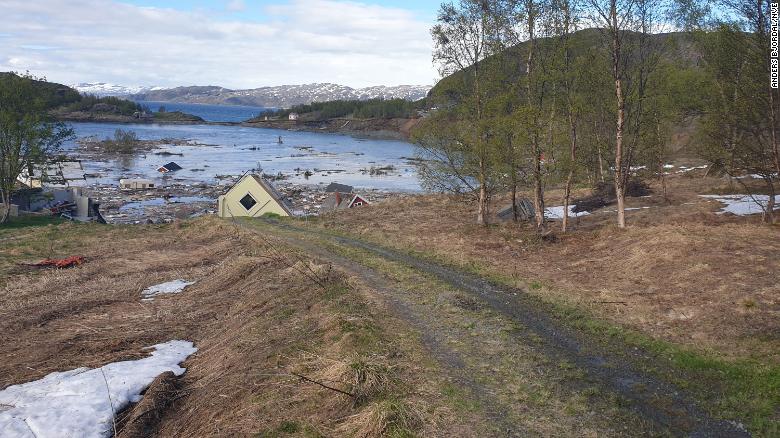 Several houses have been swept into the sea following a powerful landslide in Alta municipality, northern Norway, on Wednesday.

Anders Bjordal, a Norwegian Water Resources and Energy Directorate engineer, told CNN that he saw there had been a “big clay slide” after being called to the scene at 4 p.m. (10 a.m. ET) Wednesday to offer guidance to the police and rescue team. 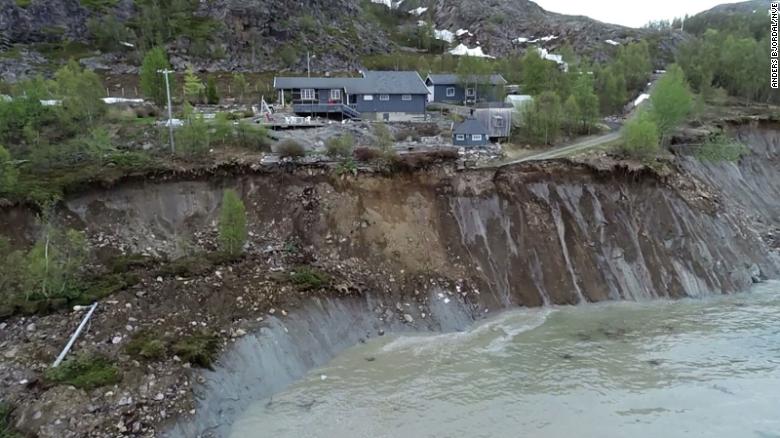 No one was harmed and all people were evacuated from the buildings, he said.
Bjordal said mudslides of this scale “seldom happen in Norway, maybe every one or two years.”
“Here in Alta there has never been a slide that big,” he said.