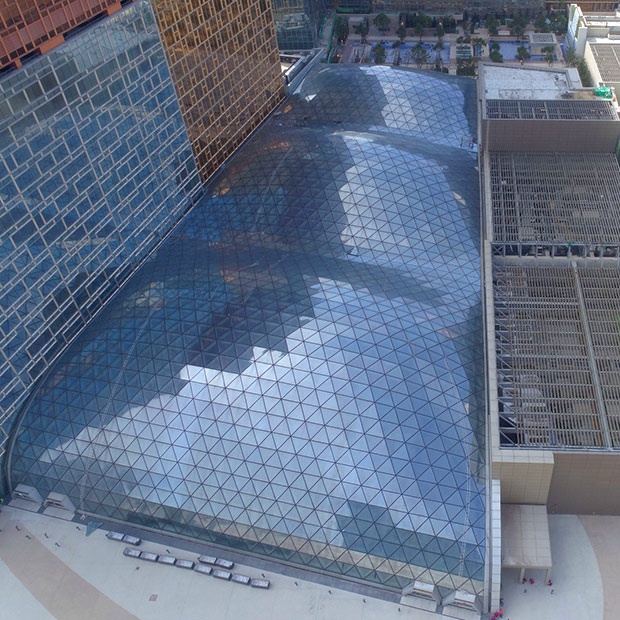 A “seemingly impossible” piece of architecture in Macau, China, has made its way into the record books.

Located in the heart of the resort, the record-breaking Spectacle Roof is 37 m high and covers 8,073.1 m² (86,898.1 ft²) – the equivalent of 30 tennis courts – with free-forming triangulated steel grid shell supported only along its perimeter.

As a multi-arched building with flowing lines, the canopy is said to subtly widen the sense of space and visual grandeur of the Spectacle through its design.

“Driven by innovation and inspiration, two values which MGM holds dear to its heart, the construction of the Spectacle is a seemingly impossible architectural feat that embodies our commitment to connecting guests to the nature through a biophilic design approach,” said Ms. Pansy Ho, Co-Chairperson & Executive Director of MGM China Holdings Limited.