These are not the best of times for property developers and prospective homeowners, as prices of building materials, especially cement-based products have hit the roof and substandard products are gaining ground in most popular markets. 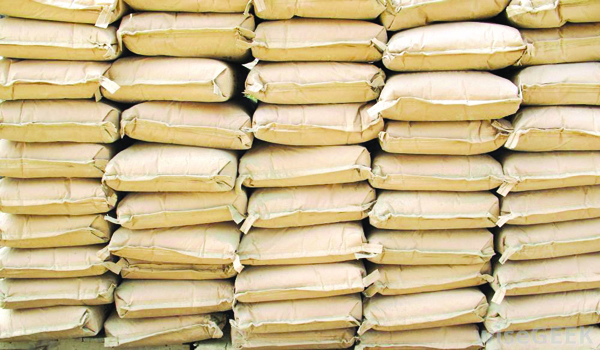 Cement, which is key component of the building construction has remained high after retail prices increased from N1,600 to N2,700 depending on the location. The development has already triggered a ripple effect in the open market, with prices of sandcrete blocks ranging from N180 and N200 for a six inch and nine inch block respectively.

Expectations were high that Nigeria will enjoy lowest price of the commodity and eliminate nation’s dependence on imported cement, but that seems to have been dashed with current prices of the product. Dangote Cement produces about 46 million metric tons’ capacity across Africa.

In Nigeria, the company’s production capacity has hit 29.25Mta in Obajana plant in Kogi, which is the largest in Africa with 13.25Mta of capacity across four lines; Ibese plant in Ogun State has four cement lines with a combined installed capacity of 12Mta and Gboko plant in Benue state has 4Mta.

Sources close to the cement manufacturing companies, disclosed that the hike is not unconnected to difficult operating environment. Many manufacturers have had to contend with dwindling capacity utilisation of their plants, due to disruptions in gas supply, while the high cost of Automotive Gasoline Oil (AGO), known as diesel, which used to sell between N110 to N130 per litre (now N200 per litre), has made alternative power supply unbearable.

Besides, some of the input cost pressures being encountered by many manufacturers border on foreign exchange losses on dollar loans, inability to access foreign exchange, high cost of production, as well as poor electricity supply and tariff hike.

The Vice-Chairman, Cement Sellers Association, Mrs. Falo’omo Arike, said since the government stopped importation of the product, it has been a case of up and down movement of prices as manufacturers have being increasing prices at will.

She disclosed that within the first quarter of the year, manufacturers have increase prices for about five times with the most recent increase of about N75 which betrayed their expectation for a reduction in price.

“A bag now is N2, 600; in some other areas they sell N2, 700, as wholesale price. I wonder how much they expect us to sell per bag. The people working on sites, have stopped working since the increase in prices, they are expecting the price to come down before going back to sites. Our sales performance has dropped because all our customers, mostly property developers are running away from price variations and incessant increment.”

Arike, who is distributor of a popular brand of the product in Lagos, recalled that in January, 2017, cement was sold at N1, 800 per bag, by February it was increased to N2, 100, then there was another increase, from there it rose to N2, 500 before the most recent increment for the fifth time within the year.

“We asked them what is the reason for the increment, they said due to foreign exchange and the cost of diesel but the prices of those items are now coming down and dollar rate is coming down, still they are still increasing prices.

“They have turned it to every month increase in price. I am now up to 25 years in the business. There was a time when cement was sold at between N150 and N200 a bag. We are begging the government to see to the situation. Government should remove the ban on importation of cement to crash the price and allow room for more competition.

Another distributor, Mr. Adeola Taiwo said logistics challenges contributed to the hike in prices, as they have to pay those who will load the trailers from the factory as well as settle workers that will offload the product.

He also called for a stringent law that will prevent incessant increment in the prices of cement as a way to restore sanity to the sector. Taiwo argued that lifting the ban on importation of cement would not solve the challenges in the sector; rather, it will worsen it with likely circulation of substandard products that defies the necessary specifications for Nigerian climate. He said customers will not even patronize such imported products because of lack of confidence.

Also speaking, a Cement retailer based in Lagos, Sunday Ilesanmi, said distributors of the product had expected a fall in price of cement rather it has remained at the rate of N2, 800 per bag for about a month now.

“We receive the product at the rate of N2, 600 per bag from the factory. We pay N10, 000 for transportation and we will still have to settle those who will help us offload the product. That is why we sell at N2, 800, if not there would be any profit for us. The price opts to have been reduced because everybody is complaining of paucity of funds”.

According him, the current selling price has been on for about a month since a particular popular manufacturer added about N250 to price per bag of cement when it was initially pegged at N2, 500.

He advise authorities concerned to put the price per bag at N1, 500 so that those who have been building their houses and abandoned it because of hike in the prices of building materials particularly cement can go back and start building again and who wants to build can begin their construction.

A major distributor of Lafarge brand in Ogun state, Mrs. Lovina Azegbe said the price has gone up from 2,350 to 2,600 for wholesale price. The distributor expressed fears that a 50 kg bag of cement could go as high as N2700 before the end of the month if there is no intervention by government.

Another dealer, Mr. Goodluck Maduka said the increase was being orchestrated by high cost of transportation shortages of industrial fuel such as low pour fuel (LPFO), automotive gas oil (AGO) and natural gas.