<<   Back
Experts canvass fines by mobile courts for defaulting developers 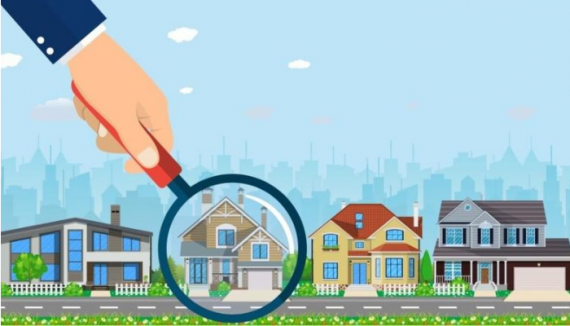 Experts in Nigeria’s building industry have canvassed the use of mobile courts to enforce compliance with building permits and approvals by estate developers some of whom do their developments without any approvals by government authorities.

The experts, who spoke to BusinessDay against the backdrop of recent sealing off buildings by Lagos State government authorities in the highbrow locations in the state, said the decision by the authorities to seal off completed and occupied buildings was punitive and insensitive.

The state government had, through its ministry of Physical Planning and Urban Development, sealed off over 20 buildings in the Banana Island and Ikoyi axis of the state over lack of building permits and conformity issues.

Idris Salako, the Commissioner for Physical Planning and Urban Development, explained that the action was part of Special Enforcement Operations led by officials of the ministry in Ikoyi and environs, noting that out of the 22 buildings sealed off, 16 were sealed on Banana Island while the remaining six were sealed at Adeyemi Lawson, Mcpherson and surrounding streets in Ikoyi.

The government has asked those that own property in those areas to come forth with the planning permits granted for their building construction and also evidence of stage certification obtained from the Lagos State Building Control Agency (LASBCA), or have their buildings sealed.

“It seems to me that somebody is getting it wrong somewhere; where were these government officials when these buildings now being sealed off were at foundation, walling and even roofing levels?” queried Yemi Madamidola, a real estate consultant and service provider.

He wondered how an approving authority could allow a developer to start a building process, complete the development and parks in or sells off to buyers and nobody approached him to demand for permit until some years after.

“That for me is dereliction of duty or regulatory failure. And just imagine the areas in question—Ikoyi and Banana Island. These areas that are as expensive as they are conspicuous. They are not places somebody will tell you are not accessible like the suburbs. I smell rat here,” Madamidola said.

Often times, he added, you see some new developments with red markings, asking the developers to stop work. “A few days or weeks later, you see workers back to site. The question is, what has changed just in a matter of days or weeks? That tells you that somebody has circumvented the process,” he noted.

Though he says real estate sector is over-regulated, Sola Enitan, an estate surveyor and valuer, sees some benefits in development regulation, explaining that it is a key aspect of development appraisal that gives credence to the project feasibility and viability.

Enitan however faulted Lagos State government on its long and cumbersome building approval processes, stressing that the state has one of the worst approval processes in the world. “The regulatory processes are overloaded with rent-seeking line officers; shelf-time for processes is unnecessarily long. Imagine a building approval taking a year and six months, some documents are shelved indefinitely in ‘keep in view’, while some are lost in transit,” he noted.

He advised that the state government should be mindful that unnecessary delays in project approvals increase cost of construction and development unnecessarily; pointing out that time is money.

Enitan advised further that government should make the approval and documentation processes friendly to discourage people from looking for ways to circumvent the system. “There are cases of houses built without any sort of approval whatsoever. Some don’t even apply for approval,” he said.

According to him, cutting corners become a convenient alternative when government becomes too compromised by rent and corrupt practices, noting that instead of sealing completed houses because they are unable to provide approval of plans, the government should come up with mobile courts with immediate sentencing and punitive fines.