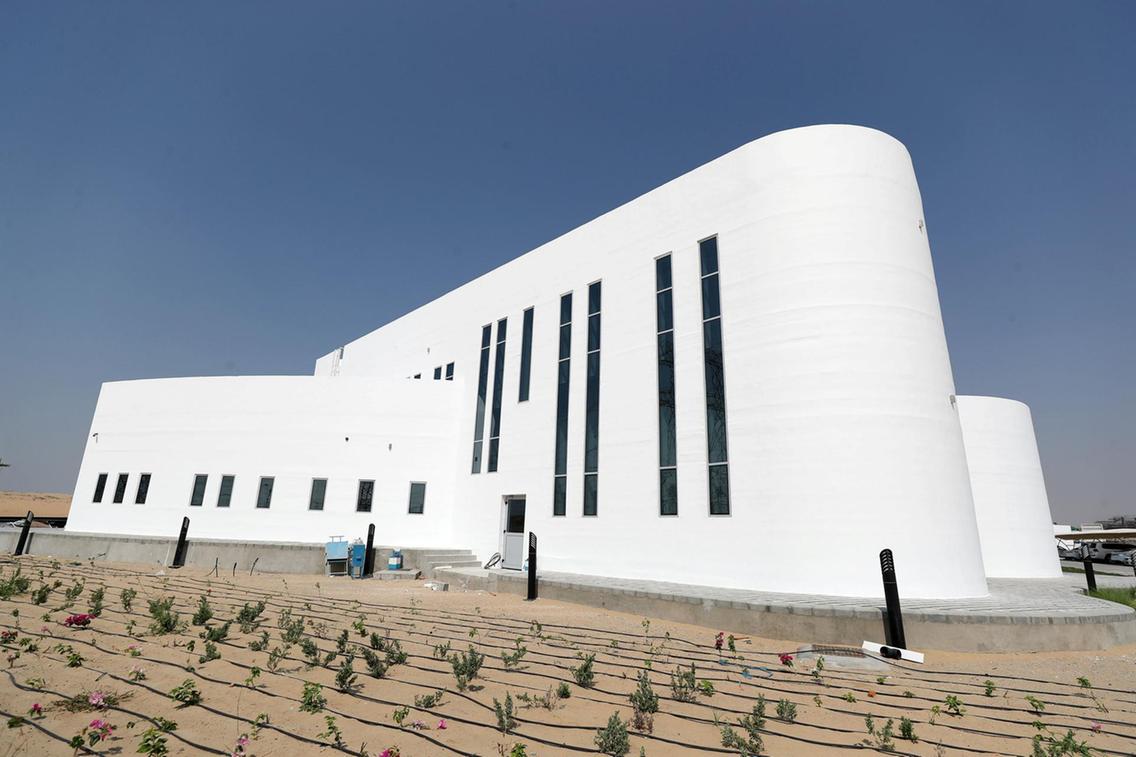 Dubai is laying down foundations for the future of its construction industry – after unveiling the largest 3D printed building on the planet.

After a year of testing to ensure the project in Warsan meets strict building standards, the emirate’s latest hi-tech development went on public display on Wednesday.

Dubai Municipality said the building was now entered into the Guinness Book of World Records as the first two-storey printed building. Officials said 3D printing techniques would transform how the construction sector operates.

“This project is a major turning point in the construction sector,” said Dawoud Al Hajri, Dubai Municipality director general. “3D printing technologies in construction will increase the speed of execution and [lead to the] completion of buildings in record time.

“This will reduce construction costs and contribute to the development of solutions to demographic challenges by reducing the number of construction workers.”

Standing 9.5 metres tall and with a total area of 640 square metres, it has been built using onsite 3D printing equipment with local components.

The process works by layering a fluid material along a predetermined route mapped out by computer, similar to an inkjet printer. Those mineral-infused fluids solidify into concrete ­almost instantly to convert the digital model into a three-dimensional object.

Although the case for replacing industrial manufacturing on a wider scale with 3D printing is unproven, ratings agency Moody’s said the technology has great potential in many sectors.

Its recent report said the technology would be most useful in areas requiring rapid prototyping, production of unique and customised items and the manufacture of parts with structural complexity.

High production industries where scale is important were less likely to benefit from 3D printing technology, largely because of the high cost of printers and limited supply of specialist technicians.

The 3D printed Warsan building was unveiled by Dubai Municipality on Wednesday. Chris Whiteoak / The National
“This two-storey building has been designed and executed with a number of spaces that can be used as rooms or offices,” said Mr Hajri at an opening event to discuss the project in Warsan.

“The walls are printed directly from the printer, unlike the traditional method of construction, which depends on the work of tightening wooden pieces with nuts and bolts, reinforcement and pouring of concrete and making bricks.”

Officials said construction costs for a building this size would be cut from about Dh2.5 million to less than Dh1m.

The process used about half the usual number of construction workers, only 15, and generated about 60 per cent less waste. In July, a French family became the first to move into a single-storey four-bedroom 3D printed home spread across 165 square metres.

Its walls took just two days to build, while the rest of the house took a further four months. The build was developed by the University of Nantes. Dubai’s new printed building is not the emirate’s first.

It is three years since Sheikh Mohammed bin Rashid, Vice President and Ruler of Dubai, opened a futuristic office for 3D printing technology outside Emirates Towers.

The office in the Dubai International Finance Centre was the first of its kind anywhere in the world. Curves and different shapes were specifically used in the design of the Warsan construction to challenge the printer’s capabilities.

“The building has been designed with different shapes through which it was tested to show it can be possible for 3D printing to construc a variety of designs,” Mr Al Hajri said.

“Dubai’s 3D printing strategy aims to make it a global capital for this technology.”