<<   Back
DRC not an easy environment, but Real Estate opportunities abound 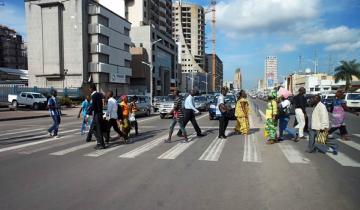 THERE are a number of opportunities in the Mineral-rich Democratic Republic of Congo (DRC) real estate sector, but potential investors must ensure they have investigated thoroughly before committing huge resources — Africa Property News has learned.

Doing business in the DRC is difficult, with the country often considered to be one of the most challenging business environments in the world.

Despite a wealth of natural resources, years of corruption, mismanagement and conflict have left the country impoverished and there is still much work to be done to rebuild the DRC.

In the World Bank’s Ease of Doing Business Survey for 2018, the DRC was ranked 184 out of 190 countries, reflecting the poor business environment that Investors are likely to encounter.

That being said, there are also many opportunities for property investors looking for a double digit returns over time despite challenges that faces the country, said Ortneil Kutama, Africa Property News Media Director.

“DRC is the most populous country in the central African region and property developers expect its legal and political structures to synchronise eventually in order to build up the country’s real estate sector,” Kutama adds.

The country has large areas of arable land and is awaiting “big investments”.

With a population of more than 80 million which covers an area the size of western Europe, a projected GDP growth of 3.8% for 2019 and significant untapped minerals resources, the DRC certainly holds much potential.

Sustained population growth over the last thirty years and the changing socio-economic development led to a rapid development of Congolese towns and a strong demand relative to supply.

Currently, the sector is characterized by a very low number of property developers and the lack of institutions specializing in funding real estate projects.

Property stands out, in response to Government efforts to address the acute housing deficit, particularly among the urban populations in the cities of Kinshasa and Lubumbashi. However, the price of units (above US$ 25,000) is well above the affordability scale for a typical working lower middle income household in Kinshasa (about US$ 500).

Although the demand for affordable housing is evidently high, the few past and ongoing housing projects are skewed towards the needs of middle-income and wealthy individuals. These individuals earn above US$ 1,000, and constitute less than 10 percent of the population).

The dominant sectors of the Congolese economy are mining, agriculture, fishing and forestry. There is also some manufacturing, particularly of textiles, cement and wood products. The main centres of business are the capital, Kinshasa and Lubumbashi, in the mining district of Katanga.

Fast facts about Democratic Republic of the Congo (DRC)

DR Congo was on Monday making plans to install Felix Tshisekedi as its new president this week after a long and bitter election whose outcome was disputed by the runner-up and shunned by many western nations.

It would mark the first peaceful transfer of power from one president to another in the country since independence from Belgium in 1960.

The country has been in the grip of a two-year crisis over the succession of Joseph Kabila, who announced last year that he would finally step down after nearly two decades in power. Burdened by a history of bloodshed, the DRC has never had a peaceful handover of power since it gained independence.

It may not be the most developed country in the Great Lakes region, but its vast and varied mineral resources present huge development potential. The country is a major supplier of cobalt, copper, diamonds, coltan and tin to global markets.

While minerals like copper, diamonds and tin are well known to the general public, it may not be the case with cobalt and coltan. Yet fights over access to these important resources have been one of the causes of the long and simmering instability in the DRC.

Cobalt is used to make magnets and turbines – jet or gas turbines – because of its resistance to high temperatures. According to 2013 US Geological Survey figures, the DRC supplied 48% of global cobalt and has about 47% of the world’s cobalt reserves.

Cement imports and mineral exports require a change in the sector. Dependent on the current infrastructure, both heavy construction and mining struggle to reach full potential. Transport and warehousing are necessary to access the most remote parts of the country. With Kinshasa and Lubumbashi at opposite ends, a lot still must happen throughout the country.