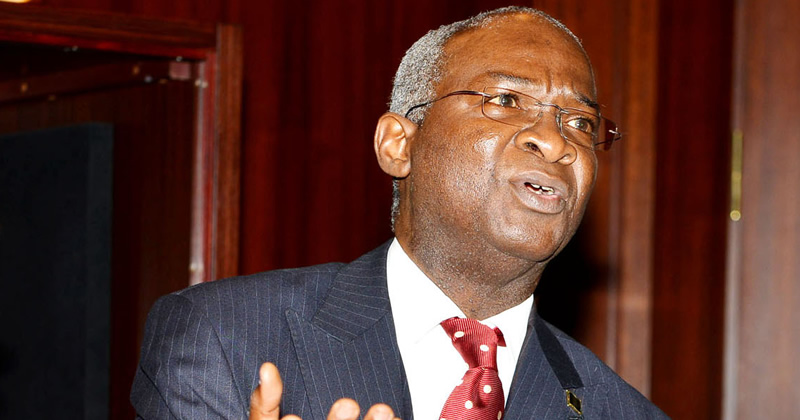 After over 58 years of Nigeria’s independence, the housing delivery system remains unpleasant due to several factors and challenges. However, experts say poor budgeting and implementation remain clogs in the wheel of progress.

Although, the Nigeria real estate sector is growing fast and is now the sixth largest sector in the economy, it still has a low home ownership rate of 25 percent, lower than that of Indonesia (84 percent), Kenya (73 percent), and South Africa (56 percent).

Home purchase and rent prices have also grown ahead of general inflation with a standard three bedroom middle income apartment currently commands a rent of N300, 000 per annum and a purchase price of N10 Million.

The major issues that continue to affect housing in Nigeria include inadequate access to finance, slow administrative procedures, the high cost of land registration, and titling. Even some Government policies on housing in Nigeria are not favourable.

More pathetic is that a majority of Nigerians are living in a state of hardship, while the remaining relatively insignificant minority is living in affluence.

According to reports, housing affordability is compromised when households in the bottom 40 per cent of income distribution spend more than 30 per cent of their household income on housing, adjusted for household size.

The shortage of housing in the urban areas is more pronounced and critical than in the rural areas. Thus, cities suffer more than villages due to urbanisation.

The challenges of housing in Nigeria have continued to remain a major problem if not tackled.

For example, almost half of Nigeria’s population in cities, with 64.2 percent living in slum conditions and the rapid growth of cities have engulfed nearby towns and villages, and pushed back mangrove, while the lack of adequate infrastructure and planning have caused deforestation, congestion, poor health, and poverty

Although specialists have proffered some housing problem solutions in Nigeria, they have little or no impact.

One of the solutions preferred is proper budget implementation.

For instance, the World Bank had in 2016, projected that it would cost Nigeria about N59.5 trillion to address its housing deficits, recent budgetary allocation to the housing sector has been dismal to the chagrin of the stakeholders.

But the N30.04 billion budget proposal set aside for Federal Government National Housing Programme   for 2019 could not be said to be a serious effort to tackle the severe and peculiar housing problems in Nigerian cities.

The figure represents about N5.36 billion shortfall from the N35.4 billion budgeted by the Federal Government to address the housing needs in 2018.

This was also a further dip from the N141billion allocated to the sector and the social housing programme in 2017.

Amid the dip in government revenue and consequently low housing budget in the recent time, experts said proper implementation and application of the limited revenue key areas that can drive the sector is the main issue for the sector.

To them, for Nigeria to make a head way in the housing sector, there is the need for appropriate budget and channeling of the provisions to expected use and not in paper.

Especially, when adequate housing implies more than just a dwelling but includes all that is within the dwelling and the creation of a conducive environment in which people live and grow.

An estate surveyor and valuer and former President, African region, International Real Estate Federation (FIABCI) Chudi Ubosi noted the inadequacy of housing proposal in 2019 but blamed it on dwindling government income, especially with the fall in oil price in the last three years.

He stressed that though N30.94 billion is like a drop in ocean considering the huge housing deficit and the World Bank projections for housing development, government cannot go above its limit.

Ubosi said with other competing needs, the proposal could be work upon to ensure that the deficit is bridged.

But renowned town planner and former president of Association of Town Planning Consultants of Nigeria (ATOPCON), Mr. Moses Ogunleye was more concerned with the release of budgeted fund for housing projects.

Relaying his frustration on non-implementation of budget proposals, Ogunleye said although no amount is too much to be budgeted for housing development, the issue has remained the release of fund.

According to him, the key question is has the money budgeted last year what percentage of it was realized or actually expended?

Ogunleye stressed that from what is evident in regard with national housing programme only about 35 per cent of the allocated sum was released from the budget last year.

The focus, he said, should be full implementation. Even if N5 billion was budgeted let it be released for housing development, as it will reduce the deficit.

“ We should be emphasizing more on the release of fund for national housing programme and not just in paper because I am aware that they did not release money at all for the urban development as captured in the budget last year”.

For the President of the Nigerian-British Chamber of Commerce (NBCC), Mr. Akin Olawore, what is importance is the allocation of the funds to critical areas like mortgage refinancing and infrastructure that supports housing.

“ I want to see breakdown of the budget in such a way that it is devoted to support infrastructure and secondary mortgage it self ”, he said.

Olawore, a chartered Surveyor and Valuer said, it is nice to know which amount is available to support secondary mortgages itself and infrastructure so that developers can go in and develop houses.

Why do we still talk about deficit when we have vacancy houses littering all over the highbrow areas. We don’t have to spending hours in traffic to get to works at all.

The money should be devoted to infrastructure that support housing, pick people from where rail will drop them, where development have provided, these are critical for our housing needs

For the Managing Director/Chief Executive Officer, Propertygate Development and Investment Plc, Mr. Adetokunbo Ajayi, government should not even have business in construction of houses.

He said: “ For developers like us, we are even saying why is government spending money on housing. It should provide enabling environment for private sectors to support housing.

According to him, the money should rather by used for infrastructure, do roads and it will lower the cost of housing provision by developers. But when government goes straight into provision of houses, in fact these are things that promote corruption through contracts. One purpose of privitalisation is to prevent corruption. For us whether it is N35 billion, it should be focused in infrastructure.

“Look at the Lekki corridor, the fastest growing areas in the whole of Africa, look at the massive development there it is 90 per cent private sector driven.

“ Assuming it was Lagos state government trying to say we want to build and award contracts to build houses in Lekki, how many buildings would it have been built?

“What government can do is to refinance the mortgage because the people cannot afford the money, they should use it for mortgages finance corporation and other mortgage institutions so that they are in position to provide mortgage finance to people to encourage developers to go to the spree of building. “So what we will do is that we build, then people can walk into financial institutions and will get facilities and may be is 15-20 years. So, if I am building and a lot of people pay 100 per cent, I will have a handful to buy but if I can say pay 20 per cent or 40 per cent and you got financial institutions to provide them that money to buy them.

“ You will see allot of people that will be in position to buy so that will be a way of encouraging building of houses and making it affordable to people. “ So it is not by government entering into building.

“ So the problem is never lack of capacity to build houses by the private sectors, the problem is that when you build those houses, do you have the citizenry that have the capacity to absorb those houses. The answer is that we don’t have any reasonable number and the cause is that we don’t have enough mortgage institutions, financial institutions mortgage system. “The money should be channeled to mortgage system and provision of infrastructure and not engage in providing or building of houses.

“I am not a fan of government going into building, they should support private sector and avoid the attendant corruption inherent in their involvement in provision of houses”, he added.

Trapped in this Massive House? »