<<   Back
Did you know about the toilet house in South Korea? 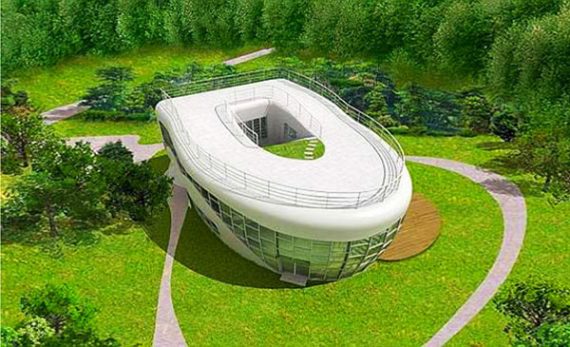 The first ever toilet-shaped house was built 40 km from Seoul, which is the South Korea’s capital. The owner, Sim Jae-Duck, invested $ 1.6 million in it. What should not surprise you is that he is the president of the World toilet Association. The Toilet-shaped House covers an area of 4508 square meters and it has four luxury bathrooms, each with water conservation devices and elegant fittings. There is a more special toilet, located in the centre of the house.

It has electronic sensors to move up or down the lid when needed, a mechanism that produces steam and other music that start when someone enters. Sim Jae-Duck called his house Haewoojae which means in Korean “the sanctuary where you can solve any concern” and it was built as a symbol of continuous efforts made by it to promote clean and hygienic toilets worldwide.

His goal was to promote proper restroom hygiene and sanitation around the world and to set international standards on how to clean public restrooms, and most specifically, toilets. According to Sim, inadequate restroom and toilet cleanliness “have caused epidemics around the world that cost two million lives a year.” Along with being chairman of the World Toilet Association, Sim was also mayor of his small town, and became famous for providing all the toilets at the 2002 World Cup, held in South Korea.

He also made a fortune developing metal products, many of which were purchased by Samsung Electronics, which is headquartered in Suwon.

So how did Sim get so focused on toilets? According to him, he was born in a toilet. “My mother believed that people born in bathrooms enjoyed longer lives.” One of his close associates adds that “he literally began life in a toilet and his life ended in a commode shaped house.”

Sim died in 2009. He was 70 years old, which means he was only able to enjoy his famous toilet-shaped house for two years. However, the house lives on. Today it is a museum that not only tells the story of the history of toilets but is also used as an art gallery.