<<   Back
China’s residential market once frozen due to COVID-19, shows signs of recovery

With sales volume up, the housing market in China is emerging from the unprecedented deep freeze inflicted on it by COVID-19. But business as usual is still some way off. In China, housing developers typically build their sales calendar around the weeks directly after the Chinese New Year when hordes of potential buyers hunt for property deals.

That was far from the case in virus-hit 2020. On February 8, exactly two weeks after the start of the Year of the Rat, Knight Frank data revealed China’s 30 biggest cities recorded just 22 sales combined. That unprecedented day—the worst during a period in which China’s housing market plumbed record depths—major cities including Beijing and Shanghai secured on average less than a single house sale each.

The wider economy was not spared. Economic output shrank a staggering 6.8 percent during the first three months of the year—the first time China registered negative GDP growth in any quarter since records began 28 years ago. And in January and February, as most of the country’s 1.3 billion people remained on lockdown, property sales in China plummeted nearly 40 percent—again, the worst performance on record.

“Real estate was devastated in Q1,” states a report by China Beige Book, which surveys thousands of Chinese companies every quarter to look beyond official government data. “Every core performance metric plunged deep into negative territory across both realty and construction. Housing was hardest hit, with sales volumes and prices cratering and rental prices deflating.”

Big cities like Beijing were hit particularly hard, according to Savills’. The capital saw first-hand, residential mass market sales by square-metreage crash 54.6 percent during the first quarter compared to the same period in 2019. Transaction volumes slumped 42.1 percent, and no new projects came online in either the high-end apartment or villa markets.

Among China’s leading developers, only the very largest, China Evergrande, managed to avoid a drop in sales volume during the first quarter—and this rare piece of good news came at a heavy price. On February 18, the firm launched a countrywide campaign offering discounts on homes of up to 25 percent until the end of the month and 22 percent throughout March, via a newly launched mobile app. Some deposits were suddenly made refundable. “[Our] online marketing campaign established good momentum,” stated China Evergrande Group Chairman Hui Kayan in a note to investors in early March.

But this bold strategy hints at pricing problems, which now confront the entire housing market in China. New home prices fell in 23 of the country’s 70 largest cities in February, including the tier-1 markets of Guangzhou and Chongqing, and remained stagnant in a further 26 cities. Only 21 major Chinese cities recorded price growth of any kind, according to official data from the central government in Beijing.

The start of a recovery has been swift, at least in terms of sales volumes. Wuhan, the epicentre of the pandemic, came out of lockdown after 76 days on April 8—the last major city to do so. By then, most of the rest of China had already enjoyed weeks of fewer restrictions. In the first half of March, 30 of China’s largest cities recorded nearly 40,000 property transactions, according to Capital Economics—that’s six and a half times the volume seen during the first half of February when New Year’s buyers in any other year would have been out in droves. This sharp uptick in buying activity also meant prices came out of the deep freeze witnessed in January and February, but only just: the 70 largest cities in China recorded combined price growth of 0.13 percent on new homes in March. 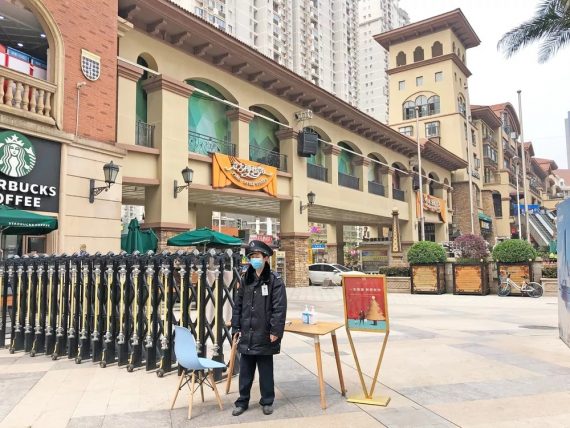 After experiencing a once-in-a-century event, the million-dollar question now is: what will the post-coronavirus sales recovery look like?

Ratings agency Moody’s was among the first crop of analysts to project the shape of China’s housing rebound, predicting a gradual recovery while warning the pace remained uncertain. Since then, most projections have become increasingly optimistic, albeit cautiously and with numerous caveats. In the middle of April, DBS Group said its tracking of 31 Chinese developers pointed to a “significant recovery” extending into the remainder of the month and beyond. “We expect developer’s presales growth to pick up further and return to normalcy as soon as May,” the bank appends in its research note.

Cautious optimism was helped by the central bank’s decision to cut rates for a second time this year on April 20, reducing by 10 percentage points the all-important five-year loan prime rate used to calculate Chinese mortgages to 4.65 percent.

Even so, most data points suggest the post-pandemic “new normal” remains some way off the pace of the old. Overall sales volumes in China were still between 10 to 30 percent below usual levels, James McDonald, head of research at Savills China, tells Property Report. “Figures have definitely recovered on a month-on-month basis but that is from very low volumes in February.”

Lasting damage to the residential market is now unlikely, although job and salary cuts mean house prices are unlikely to rebound significantly. Such will still be the case even if, as predicted, volumes do continue an upward trend through the remainder of 2020, surmises Regina Wang, head of research and consultancy at Knight Frank in Shanghai. “We are not very optimistic for the remainder of this year.”