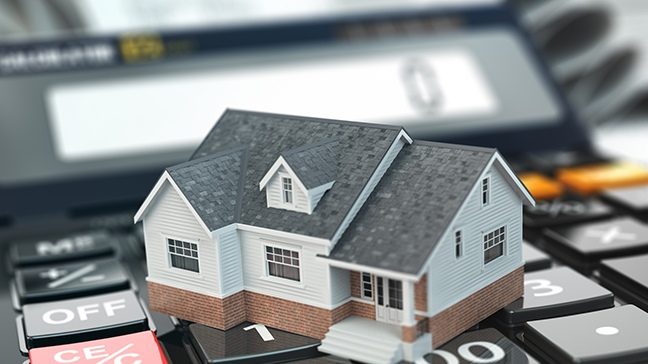 Players in Nigerian mortgage industry are optimistic that the recent action by the Central Bank of Nigeria’s (CBN) that saw the removal of 5 percent cap on interest rates for mortgage finance will give room for rate increment.

Prior to the removal, Nigerian financial institutions were only allowed by the CBN to add 5 percent to the MPR as the threshold rate for financing mortgages.

But in a recent circular signed by Kevin Amugo, Director, financial policy and regulation department of the CBN, it was stated that the “maximum MPR + 5 percent” is no longer applicable to all financial institutions in Nigeria.

“What it means is that banks and other financial institutions can add as much as, say 20 percent, to the MPR and then dish out that as their lending rate for mortgage financing and in return Nigerians will access mortgages at a higher rate,” a Lagos-based analyst said on the condition of anonymity.

According to Abiodun Akanbi, Head of Strategy at Abuja-based Infinity Trust Mortgage Bank, in the short term, the cap removal may lead to increase in mortgage rate.

“Yes, it may have an impact on the ability of individuals to access mortgage in a short term but the policy will give the supply side the opportunity to easily access funds,” Akanbi said.

High mortgage rate is considered as one of the key culprits for Nigeria’s housing challenge. Typical mortgage in Nigeria ranges between 7-10 percent for Federal Mortgage Bank of Nigeria (FMBN) and between 15-25 percent for commercial mortgage institutions, one of the highest in the world.

This has left the industry less attractive for a country that is referred to as poverty capital of the world, where millions live on less than one dollar a day.

Africa’s most populous nation has one of the world’s lowest mortgages to Gross Domestic Product (GDP) rate at 0.6 percent. This lags Ghana’s 2 percent, South Africa’s 30 percent and crawls after the U.S and UK rates of 60 percent and 70 percent respectively.

“I think the Central Bank is trying to see if the market can regulate itself,” Roland Igbinoba, Founder, Pison Housing Company, told BusinessDay on phone.

Igbinoba added that “even before the removal of the cap, mortgage rates in the country has been high and difficult for many to access.”

Nigeria which has the highest population in Africa, has more than 17 million housing deficit and more than 90 percent of new homes that are built in the country are funded from personal savings.

“The biggest problem in the sector is the high cost of the very limited mortgage available. If they can develop policy to ease housing finance, it will be impactful,” Wole Olabanji, the CEO of CoBuildIT, a Lagos-based real estate firm, said.

However a source close to the central bank revealed to BusinessDay that the apex bank was at the final phase of commencing mortgage subsidy, with the aim to achieve a single-digit mortgage rate before the end of the year.

The source who asked not to be quoted because of the sensitive nature of the issue, explained that the recent removal of the MRP+ 5 percent cap on mortgage interest rate was in line with the regulator’s plans to achieve single-digit mortgage rate.

“The new policy is in preparation for the single digit interest rate on mortgages. The CBN has gotten to the board of governance for approval and before the year ends they would have commenced the subsidy,” the source said.

He added however that “Nigeria’s Dead Capital locked up in real estate will only be unlocked with reforms to the Land Use Act and more streamlined systems for developing and buying and selling real estate.”

According to data by the National Bureau of Statistics (NSB), the Nigerian property market out performed 19 sectors to post worst growth in the second quarter of 2019, contracting by 3.84 percent.

The sector exited its 12 quarters of contraction in Q1 2019 but fell back to contraction mode in Q2 on slow economic activities, decline in purchasing power and lack of liquidity in the industry.

“The real estate sector is a lagged but this is understandable. Not much progress can be made in this sector with a large portion of Nigeria’s population outside the housing market and mortgage still remains too expensive for many people to access and afford,” Adeniyi Akinlusi, CEO, Trustbond Mortgage said.

Half of tenants couldn’t pay their rent if they lost their job, new study finds »