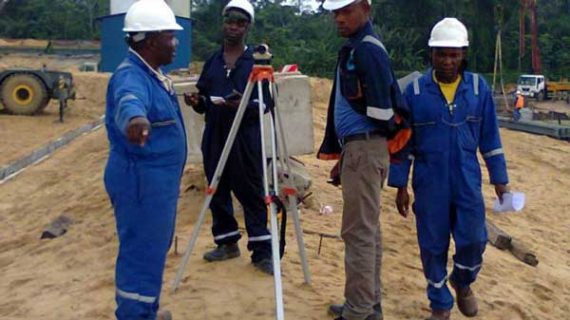 In view of the recently signed Lagos State urban and regional law 2015 as amended 2019, Lagos State government and the Nigerian Institution of Estate Surveyors and Valuers (NIESV) have indicated interest to collaborate on the implementation of building insurance and valuation aspect of the law.

The move is in line with the current administration’s zero tolerance to illegal structures and its whistle blowing policy that allows citizens to report irregularities within the state.

Speaking during a meeting with NIESV members in Lagos recently, the state’s commissioner for Physical Planning and Urban Development, Idris Salako, said the partnership would help regulate activities in the built environment and would not outsource its powers to anyone.

Salako, who said government was willing to work with relevant professional bodies to achieve the THEMES agenda of the current government, added that they have proposed that the issue of certifying building inspectors be looked into as omitted in the new law.

“The governor, recently assented into law the state government’s urban and regional law 2015 as amended 2019 and one critical issue in the law is insurance. So we are willing to work with professional bodies to achieve the goals of the law.

“We acknowledge the institution’s efforts as a professional body to seek collaboration and engage with the ministry, especially on the monitoring of planning approval and certifying building inspectors, which was not inserted into the law. Government will explore the expertise of private sector in this regards,” he stated.

Explaining the purpose of their visit to the commissioner, the chairman, NIESV Lagos branch, Adedotun Bamigbola, said the need to reduce the risk associated with building collapse and the ministry’s position on the process of implementing the newly enacted law necessitated the visit.

According to him, “Economics and population are changing urban and regional planning sector in the state and so people should know the position of government on its 10 master-plan as Ikeja will be terminating this year. This partnership will help create building codes and educate citizens on the importance of building insurance.”

He stressed the need for its institution to have an input in insurance of building, valuation and as certified building inspectors as enshrined under the law in regional and local government levels across the state.

“We urge the government to leverage the private sector competencies to close this lacuna in the recently signed law as affecting insurance and ensure citizens are protected in the event of collapse of building.

“As recommendation, our profession covers insurance valuations which is very vital in measuring risk element of building because, since the enactment of this law, we have extended our efforts to Nigeria Insurance Association to better the physical planning landscape of the state,” he said.

Meanwhile, the role of whistle blowing policy in the state, the government advice is for every citizen to utilize to help keep the fragile nature of the state’s environment.

Those present in the meeting included the Special Assistant to the Governor on urban and regional planning, the Permanent Secretary and other Directors in the ministry.