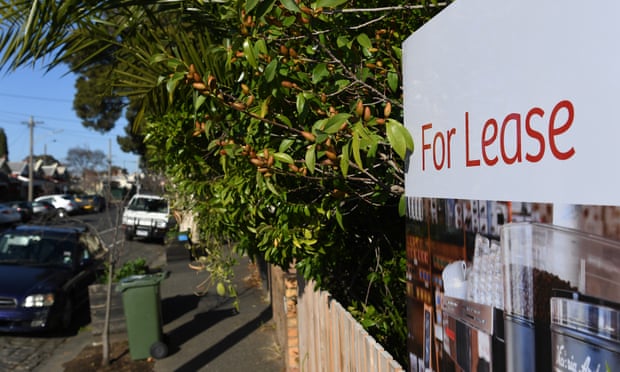 Some weekly payments have increased by 10%, as rental prices mirror the housing upswing – and Covid has exacerbated the hikes

Rent has climbed at its fastest rate in more than a decade, with some weekly payments up 10%, new data shows.

Although the CoreLogic national rent index, released on Monday, points to some relief in the previous quarter – 3.41% in the June quarter, down from 3.55% over the March quarter and 3.73% a year earlier – nationally rental rates rose by 6.6% in the past 12 months, the highest annual growth since the global financial crisis in 2009.

The median rent of houses and units jumped to $476 a week in June, a 6.6% increase compared with the same time last year.

Regional rents reported the largest annual increase on record, with the median figure up 11.3% to $441, due largely to sea changers moving during the pandemic.

“Following subdued rental performance through much of the 2010s, the Australian rental market has seen an increase in values due to many of the same factors that have led to the current housing price upswing,” she said.

Tenants’ Union of New South Wales chief executive Leo Patterson Ross said he was concerned about regional rent, particularly for tenants vulnerable to eviction who may not be able to afford a new rental property.

“I think that particularly people who are sitting tenants are really upset and worried because they are being asked to vacate their properties,” he said.

Perth’s median rent jumped 16.7%, while Darwin rents skyrocketed even further (up 21.8% in the past year).

Canberra remains the most expensive city ($620) and Adelaide the most affordable ($430).

Rents rose in Brisbane, Adelaide, Canberra and Hobart, up between 7% and 9% over the past year.

Melbourne, which suffered extended lockdowns, saw its median rent drop to $444 (down 1.4% in the past year).

Sydney is Highest Appreciating Luxury Housing Market in the World »